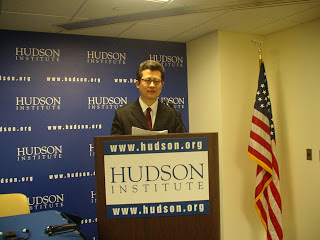 China Aid learned on Aug. 8, 2013, that the prominent human rights defender Guo Feixiong was arrested in Guanhzhou and placed under criminal detention on suspicions of “gathering a mob to disrupt the order of a public site.” China Aid views this as another “operation decapitation” that comes after the arrest of Xu Zhiyong, another human rights activist. It is clear to all that the Chinese Communist authorities intend to imprison human rights leaders and to crack down on the people’s lawful actions towards protecting their rights. The Chinese Communist Party’s (CCP) blatant disregard for their own laws and universal human rights standards will surely be denounced by the people of the world. Stopping these violent acts and immediately releasing Guo will certainly be the appeal and demand from the international community on the Chinese government.

Pastor Bob Fu, president and founder of China Aid, quoted Zhang Qing, Gou’s wife, from a letter she wrote to Chinese President Xi Jinping: “He is an idealist and an indefatigable fighter. Your concern will be of a great help to the peaceful transformation of China and especially the human rights cause of China!”

Fu calls on the international community, leaders of various countries and international organizations to closely watch this round of government crackdowns, which is suppressing the civil society and stifling the non-governmental rights defense. Fu calls on the Chinese government to immediately release Guo, Zhiyong and the dozens of other human rights defenders who have been wrongly detained and to immediately begin reforms in the political system based on a modern democratic constitutional government.


Guo, whose birth name is Yang Maodong, has been one of the leaders in the human rights movement in China since 2000. Because of his participation in human rights defense in Sanshan, Nanhai, Guangdong Province, including the case of “illegal” Bible printing by Cai Zhuohua, the petroleum dispute in Northern Shaanxi, and the case of recalling village leaders in Taishi village, Panyu, Guangzhou municipality, Guo, Gao Zhisheng, and 13 other human rights lawyers were honored by Yazhou Zhoukan as “Men of the Year” in 2005.

In December 2006, during his detention at No. 1 Detention Center of Guangzhou municipality, Guo was awarded the “No. 3 Prize of Wei Jingsheng Democracy Fighter of China.” In October 2008, Guo received the “Prize of Freedom Pioneer of Beijing” for the spring of 2008. Unfortunately, not all of the effects of Guo’s fight have been as positive; accompanying these honors is the long-term persecution Guo has suffered. Guo has been illegally arrested four times. During each detainment, Guo suffered beatings and other forms of torture. Additionally, Guo’s wife and children were forced to escape from China to ensure their safety.


Guo has proved to be a tenacious and persistent warrior for human rights. When he was released from jail after serving five years, he immediately resumed his fight against suppression and promoted the human rights defense movement. Guo then became involved in the election at Wukan village, providing follow-up legal services to five gentlemen from Guangzhou, investigated the death of Li Wangyang, and launched the signature campaign of Liu Ping, a candidate in a democratic election.

When government censorship of the newspaper, The Southern Weekly, broke out in January 2013, Guo joined the street protest at the gates of The Southern Weekly’s location and delivered a speech. On March 3, Guo, along with many other human rights defenders from Beijing and Guangzhou, launched a petition urging the National People’s Congress to recognize and abide by the “International Covenant on Civil and Political Rights.”

Guo is not only a man of action who immerses himself among the people, daring to fight and live by his theories. He is also an eloquent theoretician with a vision for China. In many of the articles he has written, he analyzes the current status of China and the situation that China is in. In regards for fighting for human rights, Guo promotes a theory and strategy that is radical, moderate, active and non-violent. He has made an important contribution to the wholesome development of the human rights defense movement in China. Guo’s theory will prove to be a great guiding principle in promoting the transformation of the Chinese society into a democratic, constitutional government and in promoting the progress of human rights in China.

When Guo was imprisoned the first time and when his family was persecuted by the CCP, Fu personally joined efforts to rescue Guo’s family. Fu flew to Thailand and brought Guo’s wife, Qing, and his two children to the U.S. Following Guo’s most recent arrest, China Aid will keep a keen eye on the case as it develops. We will continue to promote Guo’s plight, raising international awareness in an attempt to put the utmost pressure on the Chinese government to secure Guo’s release.