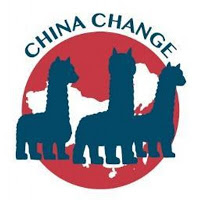 When Jiang Tianyong (江天勇) was released from prison on February 28 from Henan Province Second Prison in the city Xinxiang (新乡), many people breathed a sigh of relief.

China first put him in secret detention, known as Residential Surveillance at a Designated Location, then in prison, since Nov 2016, for rallying domestic and international support for his lawyer colleagues swept up in the 709 Crackdown in 2015. He was tortured during secret detention, made to confess on TV that he had fabricated the torture details of lawyer Xie Yang, one of the 709 detainees. Through a proxy media outlet, the government also issued videos smearing Jiang Tianyong’s work as well as his character.

But he was not set free. Through Twitter feeds and telephone interviews, his wife Jin Bianling (金变玲) described his conditions since release: on the day of his release, Jiang Tianyong was allowed a brief meeting with his father and sister at the prison, then he was taken away by police to Zhengzhou, the capital city of Henan province. They told the family that Jiang Tianyong wouldn’t be returning either to Beijing where he had lived for over a decade, or to his parents’ home in Henan. Instead, they would “give him a place to live and find a job for him in Zhengzhou.” In other words, their plan was to continue to detain him indefinitely after he was freed from prison.

Jiang Tianyong immediately started a hunger strike. After three days he was taken to his parents’ home in Xinyang, Henan.

Everyone breathed another sigh of relief. Indeed, being surrounded by loved ones, being able to speak to friends over the phone or through social media, and receiving occasional visits has been a great comfort.

He has not been free. According to his wife who speaks to him on a daily basis from California, 20 or so government-hired minders, watch Jiang Tianyong around around the clock outside his parents’ house. Surveillance cameras were installed, and a shack was built for the guards at the entrance of the alley leading to the family premises. At least two vehicles parked outside day and night. Friends who visited Jiang Tianyong were harassed with ID checks and interrogations, and received warnings after returning home.

The Guobao told Jiang Tianyong that he will never be allowed to go to Beijing. In the mornings, Jiang Tianyong goes out to walk the dog, and is followed by a throng of minders in black uniforms. He greets neighbors and villagers, but no one dares to respond for fear of the minders. When Jiang Tianyong was in prison, the police threatened villagers not to speak to the Jiangs.

When he accompanies his parents to the market for grocery shopping, several minders in black uniforms would walk next to him, virtually touching him, shoulder to shoulder, to provoke him. Sometimes he loses it.

He couldn’t sit straight on his bottom, as the end of his spine hurts. When sitting, he has to lean on his side to avoid pain. He told his wife that he had been made to sit on rock stools with uneven surfaces for hours and days-on-end during his secret detention. He didn’t go into further detail of his torture for fear of further traumatizing his wife and parents. He has promised that, given time, he will give a written account of his time at RSDL and in prison.

He has not been able to visit doctors since getting out of prison. Friends brought over-the-counter eye drops for his watering eyes, and that was about the extent of the health care he has gotten.

On June 20, his feet began to swell. He waited for two days to tell wife because the swelling didn’t seem to be going away. His friends and supporters were concerned when his wife revealed the news and posted photos of his swollen feet and large areas of darkened skin on his legs.

Probably most worrying is the fact that, like other 709 detainees, Jiang Tianyong also was forced to take large quantities of medications during detention. He said these medications caused him to feel mentally dull, to experience memory loss, occasional hallucinations, and general tiredness. He ate the same meals with guards during the secret detention, but his bowl was marked.

When consulted, doctors said that, it’s likely that Jiang Tianyong could have been forced to take medications that cause damage to liver and kidney. Doctors urged Jiang to seek an immediate medical checkup at a large, fully-equipped hospital in order to receive professional examinations and treatment to avoid further deterioration and complications.

It’s Tuesday morning Beijing time now. Jiang Tianyong is on his way to a local hospital, riding in a police car with a guobao in the front seat telling him that he has to “cooperate” with them. Lawyer Xie Yang, who arrived in Jiang’s home yesterday, is accompanying Jiang Tianyong.

Jin Bianling told China Change that, Jiang Tianyong has not seen his wife and daughter for six years, and longs to reunite with them. Six years ago, Jin and her daughter fled to the United States to get away from the constant harassment and threats leveled against not just Jiang Tianyong, but also her and their child.

Jiang Tianyong started practicing law in Beijing in 2004, by the end of 2009, he had done enough human rights cases to earn the ire of the Party/state that they forcibly disbarred him. He has since become a “ring leader,” of sorts, of the human rights lawyers and a true enemy to a regime that he regards as illegal and evil. “Evil Party” (“邪党”) is how he refers to the CCP. He knows.

It’s almost four years since the start of 709 Crackdown, and the campaign against human rights lawyers is not abating. The world is concerned about the condition of lawyer Wang Quanzhang who has been disappeared for nearly four years and believed to be badly tortured. The question is how bad. The fact that the Chinese government has used all sorts of thuggish methods to prevent his wife from visiting him doesn’t bode well. Lawyer Gao Zhisheng was released from prison in 2014 and was disappeared again in 2017. In the past two years or so, China has moved to disbar over twenty human rights lawyers, and the most recent victim is lawyer Liu Xiaoyuan.

It will get worse before it gets better. For now, let’s hope Jiang Tianyong gets proper treatment.