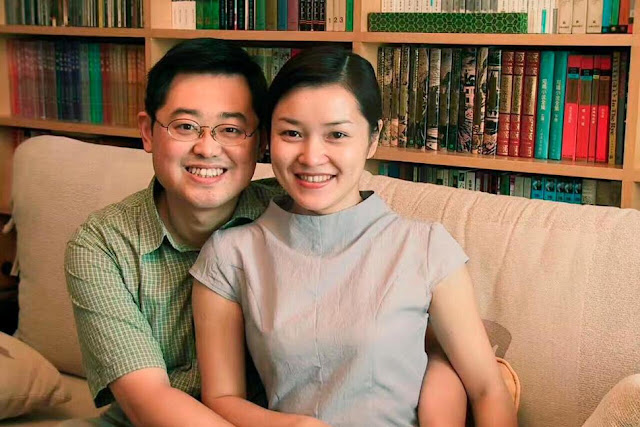 (Washington, D.C.—Jan. 9, 2020) At the start of the new year, ChinaAid Association and the Reformed Presbyterian Church organized a prayer meeting, “Jericho March and Journey with the Persecuted Pastor, Wang Yi,” in front of the Chinese Embassy in Washington, D.C. It was hosted in order to condemn the Chinese government’s sentencing of Wang Yi on a so-called charge of “inciting subversion of state power.”

The prayer meeting started with a prayer by Qiu Jiajun, a Chinese Christian. He lauded Pastor Wang as God’s faithful servant and a soldier of Jesus Christ.

Another Christian, Jin Chang, then shared the Biblical story of Joshua leading the Israelites to cross the Jordan River and fight the battle of Jericho and said Pastor Wang is today’s Joshua.

Qiu read an article by Wang called, “My Declaration of Faithful Disobedience.” Qiu and the other attendees shouted together, “Wang Yi is innocent; Release Wang Yi!” and also called for the release of Pastor John Cao, activist Wang Bingzhang, human rights lawyer Wang Quanzhang, church elder Hu Shigen, and activist Yu Wensheng, all of whom are imprisoned in China for their beliefs.

A woman named Anna criticized the Chinese government’s crackdown on all religious people, including Christians, in the past few years. She recalled her meeting with Wang and his thoughts about the development of Chinese house churches and the vision churches should hold. She encouraged overseas Christians to support Pastor Wang and advocate for him in addition to helping other persecuted Chinese Christians.

Chen Shisheng recalled the persecution he experienced in mainland China and asked the Chinese government to unconditionally release Pastor Wang.

Li Xiangkui also condemned China’s persecution and called for Wang’s freedom and the release of all political prisoners.

Pastor Guo Baosheng described his interactions with Pastor Wang Yi, saying he is a missionary and a constitutional scholar. Guo prayed to conclude the event.