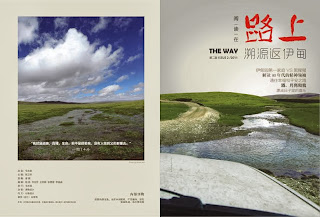 Chinese Christian writes about persecution: Where on Earth is Chinese religious freedom?

With the 18th National Congress of the Chinese Communist Party being held in Beijing last year, thousands upon thousands of Chinese people anchored their hopes, that newly elected officials would bring this nation much more freedom to speak openly, to publish and freedom for the media, on the new government. Even many Christians have had this fine wish, too. But after one year of the new government with Xi Jinping as the highest leader governing this country, Christian bookstores and magazines were shutdown by the government one after another and free speech on the Internet was seriously controlled. Freedom of religion, freedom for society and democracy are still distant from the Chinese people.
I hope many kind people will realize that the autocratic essence of the Communist party will not be changed, so don’t entrust your hopes to this evil party. All human rights, freedoms and democracy can be gotten through our own constant fighting and hardships.

The story below is my own true experience, never before issued publicly, which I want to share with many kind people.

In 2010, I moved from Beijing to my brothers’ coal plant in Shizuishan, in inland Ningxia (officially called Ningxia Hua Autonomous Region) to work. I took the accounting position in this coal plant. My older brother and younger brother run the coal plant together, thanks to a family investment. My younger brother was not in Ningxia because he runs a textile company in Shaoxing, coastal China’s Zhejiang province. By working, I represented him at the coal plant.

Outside of my work duties, I used my time off to establish a Christian magazine, The Way, with some other brothers and sisters. Our group was a network team. We were in different cities and had regular meetings via the Internet once a week. I am the editor-in-chief of this magazine, and Mao Zhibing, who is taking theological courses in California, is presently the chief inspector of our cultural service.

Some famous Christian writers, such as Shi Wei, Shi Hengtan, Qi Hongwei and others, have supported us by supplying articles to be published. Some well-known Christian democracy supporters, such as Yu Jie and Guo Baosheng, also wrote for The Way. We hoped to establish a Christian magazine that could show comprehensive and deep Christian viewpoints to readers by analyzing the Chinese police, economy, education and culture, unlike most Christian magazines in the market, which presently just discuss religious topics while ignoring many dark and unfair realities.

After we launched the first edition of the magazine, many readers emailed our editing office, saying that they liked the magazine very much, and that a Christian magazine such as this one is a completely new media in the market in China at present. But one day, in February 2012, just before our second edition was going to be sent to the printing factory, police went to the printing factory in coastal Shandong province and confiscated approximately 5,000 copies of the magazine.

On March 6, 2012, about seven men and a woman came to the coal plant to look for me. Before they searched my room, I asked them to show identification and other legal documents, but they rudely refused my request and then searched my entire room, taking my privacy for granted. Later, I learned that one of the men was the leader of the Shizuishan Cultural Bureau and the others were officers from the Domestic Security Protection Squad, who have the right, according to the government, to supervise and search a person’s house without showing any credentials. They took away all the books and magazines in my room and the computer in my office, and then they took me to an unknown place to question me for about four hours.

Later, the men ordered me to write a guarantee stating I would admit that I broke the law and also I would promise to not continue to break the law. If I didn’t agree to write, they said they would have the Commercial Bureau force my brothers to press me to write the guarantee. I said I needed a few days to think about this guarantee. They gave me 10 days to write the guarantee, after which they would come to my factory again to get it. One man drove me back the factory and returned some of my books and my computer.

I went to a computer maintenance center to check my computer and found out that the police set-up software in my compute to supervise me. I asked the worker to install a new desktop system on my computer. I thought it over and decided that I absolutely could not write this guarantee, I especially could not admit that I broke the law. I knew they could control all the information in my computer, and I have many articles against the Communist party’s autocracy—some were published, some were not. Specifically, I kept a training program called “Street Movement” on my computer, which Guo Baosheng, a well-known democracy activist, who currently lives in the U.S., sent to me. Now the government could control this secret material, too. I told my older brother that I didn’t want to write this guarantee, but he didn’t agree with me for he was sacred of offending the government.

At that time, I knew if I didn’t write this guarantee, the police would have an excuse to arrest me because they believed that I didn’t cooperate with their work. Besides, they would threaten my old brother and used him to press me. In Chinese feudal times, when a man committed a crime, the whole clan was implicated. Now this political habit is adopted by the Communist party, when they want to make some people submit to them, they will pressure the individuals’ bosses, parents or partner to press them and disintegrate their will. Finally, I made the decision to leave the coal plant so that my old brother would not be implicated in my matter. Also, I heard new that a sister in a church in Beijing was arrested for issuing a gospel CD. (Later she was sentenced to three years in prison.)

During this period I stayed at a hotel managed by a friend. The owner of the hotel is a missionary.

The next terrible thing happened when my fellow worker Mao Zhibing organized a spiritual meeting on May 20, 2012 in Shenzhen. Just when the meeting was ending, about 19 special policemen with the tommy-guns rushed into the meeting. Some of the officers were from the Beijing Public Security Bureau and the Beijing police department.

After some days, my fellow workers and I continued to secretly work towards publishing the magazine. We felt God’s work should not be stopped by political pressure. In order to do this service safely and secretly, we changed the magazine’s name from The Way to The Morning Star. All the workers used pennames instead of their real names; I changed used the pen name Zhaojiamu.

This is my story. This is the fact about China’s religious freedom.