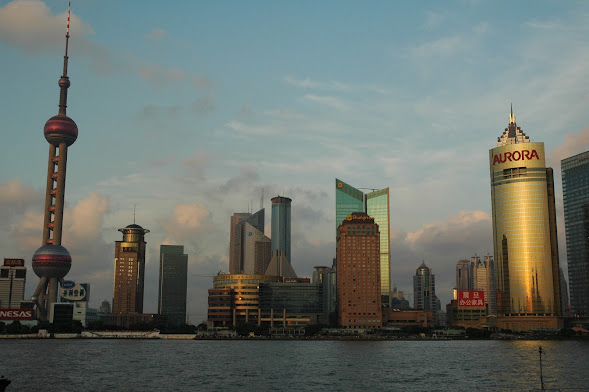 (Shanghai, China – April 21, 2022) As the outbreak of the new variant of COVID-19 soars in Shanghai, public resentment has continued to heat up due to the severe pandemic prevention measures. A few days ago, Ji Xiaolong, a Shanghai resident, launched an online petition to the Central Government of the Communist Party of China, criticizing this “Cultural Revolution-style” disease prevention campaign. Mr. Ji also condemned the Shanghai government officials for showing contempt for public opinion and demanded their dismissal.

Ji Xiaolong revealed that he was trapped in Shanghai, China, due to the lockdown of the city, and he witnessed the man-made secondary disasters caused by the pandemic with his own eyes. In the petition to the Central People’s Government, the Shanghai Municipal Government, and the Shanghai Municipal People’s Congress, Ji Xiaolong pointed out that the “zero-COVID” policy has been in place for nearly a month. Hundreds of businesses have begun to wither, the general public and migrant workers have fallen into difficult situations, and several elderly citizens with weaker health have died due to a lack of timely medical treatment. Under the high-pressure measures, there have also been multiple suicides.

The city-wide high-pressure lockdown in Shanghai has not been scientifically investigated but is severe malfeasance. The Party and government officials of the current administration should be held accountable for their collective governance. Party and government authorities should collectively resign and accept investigations, Ji Xiaolong pointed out.

Ji Xiaolong also requested to immediately suspend the zero-COVID policy and restore policies that are scientific and reasonable for the prevention and control of the pandemic. The pandemic should be viewed objectively, with careful assessment of the trends and adjustments in a timely manner. He also asked that residents who are affected by the lockdown and prevention policies, including migrant workers and those who have lost their jobs due to the pandemic, should be given pandemic unemployment assistance.

The government should pay the rent of Shanghai residents. The distribution of subsidies, relief, and measures to benefit the people shall be announced and distributed as soon as possible in accordance with the relevant laws and regulations on the state of emergency; it should be done without delay in order to avoid a greater humanitarian disaster.

Ji Xiaolong continued to request the release of those detained for exercising their right to freedom of speech during the pandemic. Pardons should be given to those detained for mildly excessive behaviors. They should be compensated for the physical and psychological damage they suffered due to excessive force by law enforcement.

After the petition was published, Ji Xiaolong published additional information on Twitter about the cries of Mrs. Zhao from the Yangpu District in Shanghai. Her father was 80 years old. On March 21, he was forced to take a Nucleic Acid Amplification Test (NAAT). After being pushed and pulled, he fell to the ground. He passed away on the street because the hospital was closed. There was no way for her grievance to be heard, and her wailing was suppressed. His father, Mrs. Zhao’s grandfather, was a member of the CCP Army (New Fourth Army), one of the first waves of revolutionary soldiers to enter Shanghai.

Ji Xiaolong, 46 years old, was released from prison on February 9 of this year. In 2018, he was angered by the fake vaccines incident and opposed Xi Jinping’s amendment to the constitution. Mr. Ji believed in having limits to the abuse of state power, so in response to Xi’s “toilet revolution,” he called on activists to write political slogans on the walls. During his detention, he was tortured, suffered physical damage, and was diagnosed with skin and visceral diseases. He felt exhausted even after walking 200 meters when he was released from prison. On April 4, Ji Xiaolong expressed: “I suffer from serious skin disease; as a person with high self-esteem, I feel deeply humiliated.” Mr. Ji continued: “Actually, the last time I was in prison, I ate junk food, and my internal organs were damaged from it, and even if I want to receive treatment, it is too late.”

Ji Xiaolong spent the last 14 months in prison in solitary confinement. He was utterly alone in a small room with no one to speak to.

Ji Xiaolong a native of Suzhou, Jiangsu province, but he has resided in Shanghai long term. He is a Christian. He has experience working for a multinational company, and he is well educated, studied abroad for many years, and has knowledge of French and English. He has a kind heart and is willing to help the poor and needy.

Ji Xiaolong has a warm family, and his partner has been with him for many years:

She is a kind, delicate and beautiful Korean girl who graduated from Seoul University and is the regional director of a multinational financial institution in Lujiazui, Shanghai. She is willing to be with me, a boy who came from the countryside. I should have married her a long time ago. But I’ve always wanted to try to build a better Chinese society and then ask for her hand in marriage. As a result, I have been working (towards that goal) all this time, and it does not seem to have an end, just like those who have great business ideas but have continued to burn through their funds and do not seem like to see the days where they would start to make profits. That’s how we never got to register for a marriage license and get married. Without a marriage license meant that she was not eligible to visit me in prison. When I was released from prison, we had been planning to register for marriage, but the pandemic happened, and with the zero-COVID policy, we are unable even to leave our house. I saw the suffering of many Shanghai residents, and some of them even committed suicide. Do you know how much determination it takes to commit suicide? I have to let go of my personal plans and speak out for the people. I hope the petition can arouse widespread concern and support from the public.

Ji Xiaolong has been put under pressure from the authorities of the security bureau. Ji’s partner is very timid and cannot withstand being frightened. The security bureau officer called her and asked her to keep a close eye on him; otherwise, it would affect her residence in China.

“I kept concealing my mission to serve the people, and it wasn’t until I was in prison that she began to know what I had done before. In fact, many of my friends didn’t know. The authorities said that I was a “two-faced person.” In front of each and every one of my friends, I only showed a glimpse (of myself). Love your neighbor as yourself, and you will end up destitute. It is a heavy burden to take up the cross,” Ji Xiaolong shared.

Speaking of his journey in life, he said: “I should have lived as a man with my tail between my legs. Shouldn’t I? Because I have elderly parents and a delicate partner. I can’t bear to leave them.” But Ji Xiaolong continued to attribute his benevolent actions to his faith in Christ.

“The Creator Lord wants me to atone for myself; what can I do? I can only follow my destiny; This is how I have come this far in the past ten years. Has it been tough? Only in prison can I feel at ease. Because I finally went in there. Because while I am there, I can have peace of mind. Every wicked person in there begs me for mercy, and that is how I know that I finally have some wealth, and this wealth cannot be eaten by insects, and there is no thief to worry about because this is wealth in heaven.” Ji Xiaolong reflected.