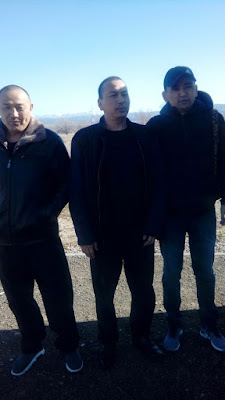 (Taraz, Kazakhstan—April 29, 2018) Diplomats from a Chinese embassy in Kazakhstan visited a Kazakh university on April 9 to speak to students born in China and encourage them to return home, even though the government arrested 41 students who had returned to China from visiting their parents over the winter holiday.

According to a China-born Kazakh living in Kazakhstan, Ambassadors Wang and Guo visited a university in Taraz, Kazakhstan, and spoke to students who had come from China to study, many of whom were of Kazakh descent. Neither of the ambassadors spoke either Kazakh or Russian, two major languages spoken in Kazakhstan and instead lectured the students in Mandarin, saying “The Chinese government … has great expectations for you. You all should return to China as soon as you finish your education. It is your responsibility to serve your country. The Chinese government will protect you no matter where you are.There are Chinese embassies in Almaty and Astana. You should regard the Chinese embassies as your home. If you have any difficulties, come home. We’ll help you.”

However, this is likely a trap, since the government of China’s northwestern Xinjiang has been routinely luring Kazakh Chinese citizens living abroad back into China and then confiscating their travel documents and placing them in so-called “political training centers,” or detention centers in Xinjiang known for extreme torture. During the past winter break, 41 Kazakh students originally from Xinjiang returned home to visit their parents, but the government arrested them. As the Chinese diplomats spoke, a social activist named Herderale Wurez questioned them about these students, but they didn’t know how to respond and appeared in distress. They later asked university administrators who he was.

Additionally, eight Kazakh Chinese students from a preparatory school in Kazakhstan were arrested in China recently, and three Kazakh citizens were released from “political training centers” in mid-April. According to reports, these three were afraid of people and unable to speak because of the harsh treatment they received.

Allegedly, the Chinese government arrests these citizens in order to curb terrorism, but the incarcerated usually have no terrorist connections and are placed in custody on account of either their Muslim faith, ethnicity, or connections to people abroad.

ChinaAid exposes abuses, such as those suffered by Kazakhs in Xinjiang, in order to stand in solidarity with the persecuted and promote religious freedom, human rights, and rule of law.