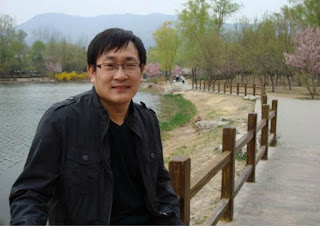 Wang Quanzhang, one of the last human rights lawyers still imprisoned in the wake of a national crackdown more than two years ago, was named a candidate for the Human Rights Tulip 2017 award on Aug. 28. Since his incarceration, he has been barred from meeting with lawyers and kept from his wife, Li Wenzu.

By the time Wang vanished into police custody on Aug. 3, 2015, he had already launched extensive legal institutions in order to aid those who had been victimized by the government, including a network of “barefoot” lawyers who collectively represented more than 1,000 lawsuits. Additionally, he established Urgent Action, a program that financially assists human rights lawyers who are targeted for their work and their families, who often experience a dramatic decrease in income once the attorneys are arrested.

Shortly before his disappearance, the Chinese government labeled him as a threat to national security on account of his efforts.

Along with Wang, nine other people were named as candidates for the award, and public voting that will determine the final recipient opened yesterday and will remain open until 11:59 p.m. Central European Summer Time (CEST) on Sept. 6. To vote for Wang, please visit this webpage.

ChinaAid, along with Li Wenzu, fully supports Wang’s nomination as part of its efforts encourage those who are abused and promote religious freedom, human rights, and rule of law in China.