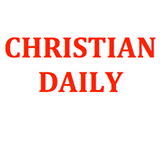 ■ A house church in the Chinese province of Sichuan has been accused of gathering people for religious services and has been ordered to stop its meetings and adhere instead to a list of restrictions.


On Sept. 2, Chinese House Church Alliance member Zhang Daichun received a document entitled “Notice of Order to Reform,” which accused the church of violating Article 53 of the Sichuan Province Regulations on Religious Affairs by meeting for religious activities. The document also declared that the church violated Article 54 of the Regulations on Religious Affairs in Aba Tibetan and Qiang Autonomous Prefecture, China Aid details.

According to the notice, the house church has gathered a “large number of Christians” to sing hymns, pray, chant, and participate in other Christian activities since 2010. The church has been ordered to adhere to a list of prohibitions within 15 days of receipt of the document.

The bureau ordered the house church to stop letting Christians inside the building units to perform religious activities and stop allowing non-cleric personnel to preach. The church has also been ordered to stop letting foreign clerics preach and conduct Christian activities in the said venue.

Moreover, the bureau threatened the church with administrative penalties if the church continues to hold religious activities.

Meanwhile, the Chinese government is set to implement stricter regulations that would suppress religious groups. Despite the ongoing persecution, China Aid told Life Site that the situation actually encourages growth among Christian churches in the Communist nation.

For Bob Fu of China Aid, the new wave of persecution is a form of new revival for Christians. Emily Fuentes of the Open Doors ministry echoed the same thought about the situation.

“Christianity is growing fastest where the persecution is the most severe. The persecutors are intrigued by why people would continue to support this belief,” said Fuentes. “There is kind of the appeal of something that is taboo.”

Former Beijing-based TIME Magazine bureau chief David Aikman says Christianity in China is growing at a rate of seven percent each year. This growth rate is reportedly the reason why the Chinese government has decided to implement new religious restrictions in October.