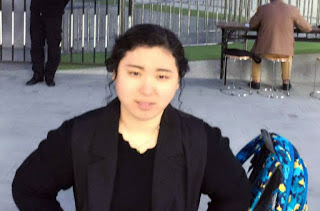 (Guangzhou, Guangdong—March 31, 2017) A court in China’s southern Guangdong Province sentenced a Christian who had printed Christian literature to 10 months in prison and handed him a fine on Monday.

On March 27, the judge presiding over the case of Christian book printer Li Hongmin proclaimed that he had committed a “grave crime” but pronounced a 10-month sentence and a 10,000 Yuan [$1,451.00 USD] fine, which he deemed a “lenient” punishment. According to the judge, the sentence was reduced because Li confessed to his crime and his wife submitted a written document describing the family’s harsh financial condition.

The sentence is to be counted retroactively, as Li has been in police custody since June 2, 2016. His release is scheduled for April 1.

Despite the court’s claim that Li was penitent, his wife, Xu Lei has maintained her husband’s innocence throughout his incarceration, even traveling to Beijing before his sentencing to petition higher authorities. However, a local government in Honghu, Hubei, where Li is registered as a permanent resident, sent agents to intercept her and persuade her to return home, saying the case would be further investigated.

Additionally, arbitrarily arrested Chinese prisoners are often coerced into admit to their charges, nullifying the validity of their confessions.

Li’s lawyer, Liu Peifu, said the sentencing met their expectations and said his client did not plan to appeal, since he will be out soon.

Last year, Li was taken into police custody when officials raided both his residence and his printing facility and discovered 110,000 copies of Christian literature, which Li had produced himself. They accused him of “illegal business operations.” The court held two court hearings to address his case, one on October 17 and another on Jan. 5, where officials asked more questions about the church Li attends, the serially persecuted Guangfu Church, than they did about the selling of the books.

Xu is also being forced to move out of her apartment on March 31, one day before her husband’s release on April 1.

ChinaAid reports abuses such as those suffered by Li and his family in order to stand in solidarity with persecuted Christians and promote religious freedom, human rights, and rule of law.