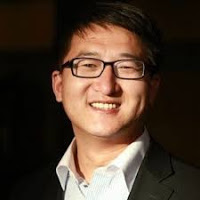 Despite releasing him on bail, Chinese officials have continuously monitored rights attorney Zhang Kai with various forms of surveillance, including installing cameras near his home and allowing police officers to reside beneath him. When he goes out, he is frequently tailed.

Recently, personnel from the procuratorate and security departments of Wenzhou, Zhejiang, summoned Zhang for the 12th time. In the past, he has been held for as long as 48 hours without any formal procedures taking place.

On social media, Zhang wrote, “After the Wenzhou Domestic Security Protection Bureau summoned me, they said next time the public procurator will come and write an official transcript. I think there should have been two procurators here today, since the investigation has already come to an end. The Domestic Security Protection Bureau coming was not appropriate or in keeping with the law’s provisions.”

Serving under a Beijing law firm, Zhang has long been a stalwart defender of human rights, famously relocating to Wenzhou, Zhejiang, to take on the cases of more than 100 churches affected by a province-wide cross demolition campaign. On the evening of Aug. 25, 2015, government agents broke into the church compound where Zhang and his two assistants were living and took them into police custody. For six months, Zhang went missing, languishing in an unofficial prison known as a “black jail.” On Feb. 25, he resurfaced on a television broadcast, where authorities forced him to confess to disturbing public order and endangering state secrets. A day later, he was criminally detained but released on bail soon afterward.

His case has been transferred to the Wenzhou procuratorate for prosecution.

ChinaAid exposes abuses, such as those suffered by Zhang, in order to stand in solidarity with persecuted Christians and promote religious freedom, human rights, and rule of law.