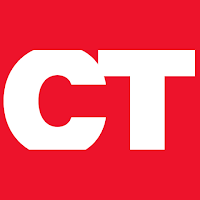 
China has arrested the leader of “Lawyers for Protection of the Cross,” among more than 250 attorneys, pastors, and human rights activists detained or arrested since July in the latest state-sponsored suppression of religious freedom.

On August 25, police in Wenzhou —a coastal city known as “China’s Jerusalem” where the government has been stripping the skyline of church crosses—jumped a wall at Xialing Church and arrested Zhang Kai and his intern, Liu Peng. The arrests occurred on the eve of a scheduled meeting with David Saperstein, the US ambassador-at-large for international religious freedom who took office in January.

“These detentions fit into the disturbing pattern of state intimidation of public interest lawyers, internet activists, journalists, [and] religious leaders,” Saperstein said to news media. “Also other people that I have met, or tried to, have suffered harassment of some kind. [The US government] demands the immediate release of these activists, who boldly underline the precariousness of religious life in China.”

According to China Aid, Zhang and Liu are being held for six months in a so-called “black jail,” one of several detention facilities outside the established penal system. Torture is common in such centers, where prisoners may be held without trial, China Aid said.

Lawyers representing Zhang, 37, and Liu requested to meet with them, but authorities denied that request. Sources told the attorneys that Zhang and Liu have been charged with endangering state security and “assembling a crowd to disrupt social order.”

For the past year, a government campaign has removed 400 to 1,200 crosses from churches in Zhejiang province. Zhang, who is based in Beijing, assembled a team of 30 lawyers, mostly Christians from around China, to represent pastors and churches in the province.

The lawyers called themselves “Lawyers for Protection of the Cross.” Zhang took up residence at Xialing church, meeting with dozens of Christian leaders whose churches were subject to the cross removal or demolition orders.

For months, Zhang and his team pursued an aggressive legal strategy challenging state actions at every possible point. “He did not let a single legal question lapse,” said Zhang Peihong, a lawyer who worked with Zhang, according to Chinachange.org.

At one point, a female state security agent told him, “You’re looking for trouble” by defending churches. But he replied, “You’re wrong. I have God as my backer.”

On August 8, Zhang shared his stance on WeChat, an Asian social media site with 500 million monthly users: “I’ve made up my mind: the most they can do is jail me. But if I stay silent, I’ll regret it my whole life.” Two weeks later, plainclothes police arrested him.

The wave of arrests and detentions come about one month before the late September visit to the US of China’s Premier Xi Jinping. This summer, human rights activists launched a public petition calling on the Obama administration to cancel Xi’s visit.

“Since Xi Jinping came to power, China’s human rights record has kept worsening. Xi’s state visit … should be cancelled, and all official exchanges with the Chinese government should be suspended until this matter is resolved,” the petition said.

Bob Fu, founder and president of China Aid, said, “[Zhang] did nothing but legally defend hundreds of churches’ crosses from being barbarically demolished by the Zhejiang government. Free world leaders, especially President Obama, should make it clear to President Xi Jinping that these acts of total disregard for basic human rights and religious freedom should and will be condemned by all during Xi’s visit to the United Nations and the United States next month.”

On September 1, the Saakshi Project, a group of human rights leaders in Asia, called for the immediate and unconditional release of those arrested since July 10. It stated: “We strongly encourage … the government to ensure that … those who are facing charges are allowed legal representation and that their rights are protected in accordance with the law; to ensure that no individual is detained incommunicado or held at an extra-legal facility.” Christian Solidarity Worldwide also called for the immediate release of Zhang and others from detention.

Zhejiang has one of the largest populations of Protestant Christians in all of China. An estimated 1,200 churches have been harmed by state actions to remove crosses, demolish sanctuaries, or cause other damage to church property.

In April, according to media reports, Zhang wrote on his personal blog:

Seeking justice, promoting reconciliation and advancing rule of law are an historic mission, called for by God, that Christian lawyers must answer and cannot shirk. Confronted with cases of oppression of Christian belief, more Christian lawyers are willing to withstand the pressure and walk alongside those who suffer.

In recent months, CT has covered the cross-demolition campaign and the counter-campaign by local Christians to return crosses to public display.

In 2006, CT published China’s New Legal Eagles, a feature about evangelical lawyers in that country. It has also covered the case of renowned Christian attorney Gao Zhisheng, who was released in mid-2014 after serving prison time for “inciting subversion of state power.”