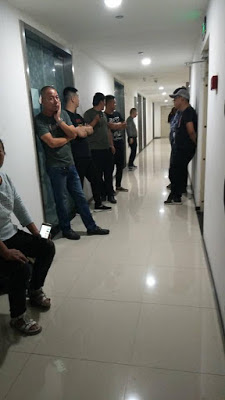 Christians resist as officials attempt to break into Dali Church

(Zhengzhou, Henan—Sept. 19, 2018) Approximately 100 agents from the religious affairs and public security bureaus attempted to break into Dali Church, located in Zhengzhou, Henan, on the evening of Sept. 9.

More than 400 church members intervened, however, praying and stopping them from entering. In the end, the officers left after handing the church a document from the local religious affairs bureau, ordering it to close.

According to the notice, Wang Yanfeng, one of the church’s members, and other Christians organized religious events on the fifth floor of a building, where the church is located, on Sept. 5. The notice claimed that the building is not a legal religious activities site and alleged that the day’s speaker had not been approved by the religious department, violating Articles 33 and 36 of the Regulations on Religious Affairs. As a result, they must immediately cease holding so-called “illegal” religious events.

Article 33 of the Regulations on Religious Affairs expressly forbids the construction of sites for religious activities without the consent of the government, and Article 36 specifies that clergy must be affiliated with a state-sanctioned religious group and report their activities to the local religious affairs departments. These stipulations allow the government to more closely monitor religion and grossly violate Article 36 of the Chinese Constitution, which guarantees Chinese citizens religious freedom.

ChinaAid exposes abuses, such as those suffered by the attendees of Dali Church, in order to stand in solidarity with the persecuted and promote religious freedom, human rights, and rule of law.