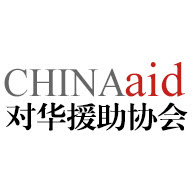 (Jiuzhaigou, Sichuan—Sept. 27, 2016) Accused of gathering a congregation for religious services, a house church in China’s southwestern Sichuan province received orders on Sept. 2 to immediately stop meeting at their building and adhere to a list of restrictions.

Issued to Zhang Daichun, a member of the church, a document entitled “Notice of Order to Reform” declared that the church violated Article 53 of the Sichuan Province Regulations on Religious Affairs and Article 54 of the Regulations on Religious Affairs in Aba Tibetan and Qiang Autonomous Prefecture by gathering for religious activities. Consequentially, the bureau threatened to impose administrative penalties if the church failed to stop the activities it forbids, including holding services, allowing clerics not officially appointed by the government to preach and hosting foreign pastors at their current location.

Zhang Mingxuan, a pastor and president of the Chinese House Church Alliance, told China Aid that the persecution of this house church is symptomatic of a larger operation spreading throughout the country. Recently, house churches in Guangdong, Zhejiang, Anhui and Henan province faced harassment from the government due to their religious beliefs, harassment which directly contradicts China’s own laws and its supposed commitment to the Universal Declaration of Human Rights.

A translation of the notice can be read below.

China Aid exposes religious freedom abuses in order to safeguard the rights of Christians, such as the members of persecuted house churches.

Notice of Order to Reform

Jiuzhaigou Ethnic and Religious Affairs Bureau order to reform [2016] No.1

According to investigations, you have gathered large numbers of Christians at No. 1-2 of the 40th building of Jiuzhaigou Garden, Yongle County, Jiuzhaigou Town to perform Christian activities (sing hymns, pray, chant) since 2010, violating the stipulations of the second clause of Article 53 of the Sichuan Province Regulations on Religious Affairs and the first clause of Article 54 of the Regulations on Religious Affairs in Aba Tibetan and Qiang Autonomous Prefecture. You are now ordered to carry out the following corrections within 15 days of receiving this notice:

If you fail to make the corrections by the deadline, this department will impose administrative penalties according to the law.