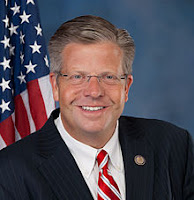 Washington, DC — U.S. Representative Randy Hultgren (IL-14), Commissioner on the Congressional-Executive Commission on China (CECC)
and Executive Committee member of the Tom Lantos Human Rights Commission (TLHRC), today marked the 26th anniversary of Tiananmen Square by calling for the immediate and unconditional release of Zhu Yufu on the House floor.

Zhu Yufu is serving a seven-year prison sentence after being found guilty in April 2011 of “inciting subversion of state power” after writing a poem in which he advocated for democracy. Yufu previously served seven years in prison from 1999-2006 for his role in founding the Democracy Party of China (DPC), formed by democracy activists from the Tiananmen Square protests of 1989.

Rep. Hultgren has championed Yufu through the Defending Freedoms Project launched in 2012 by the TLHRC in conjunction with the U.S. Commission on International Religious Freedom (USCIRF) and Amnesty International USA. In July 2014, Rep. Hultgren testified on behalf of Zhu Yufu and in support of his release.

On June 4, 1989, pro-democracy demonstrators were killed by Chinese troops while peacefully advocating for government accountability and political and economic reforms.

In the aftermath, the Chinese government arrested large numbers of protestors and their supporters, prohibited other demonstrations, expelled foreign journalists, and has prohibited discussion or remembrance of the event ever since.

Today is a solemn reminder of the state of human rights in China 26 years after Tiananmen Square.

Since 2011, Zhu Yufu, a Chinese democracy advocate, Christian dissident and poet, has languished in prison simply for expressing his democratic beliefs.

Today, I urge his immediate and unconditional release.

As part of the Defending Freedoms Project, my colleagues and I will continue to shine a light on Zhu Yufu’s case and that of other prisoners of conscience.

I applaud Zhu Yufu and his fellow champions of freedom for their courage.

They are not alone.