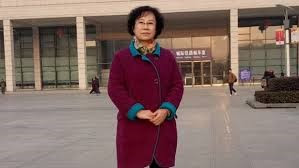 (Shengyang, Liaoning Province — Oct. 30, 2020) On October 27, Lin Qilei, attorney for Li Yuhan, a female human rights lawyer in her 60’s, announced that the supreme people’s court has rescheduled Li’s case for November 30. Li, who has been detained for more than three years at Shengyang No. 1 Detention Center, suffers multiple health concerns, including hypothyroidism, ischemic heart disease, and stomach problems, requiring daily medications. After a fall in 2018 which led to spinal damages, Li now has to walk with a crutch.

Authorities initially indicted Li for provoking troubles and picking quarrels, but later, added fraud to her charges. As evidence regarding her case has not proved to be sufficient, however, the court has repeatedly delayed hearing her case, blocking her release. After authorities transferred Li’s case to Shengyang Municipal Heping People’s Court on April 8, 2018, the court decided to host the trial on June 8, 2019, now scheduled for November 30. With no verdict after more than three years, supporters suspect officials have targeted and repressed her “simple” case.

During Li’s detention, police have hired the female cell head and other prisoners to torture daily her. Tactics include:

After his last meeting with Li, Attorney Lin also announced that court officials have not addressed his nor Li’s application for bail and compulsory change. Li believes that authorities fabricated charges against her to persecute and suppress her previous work safeguarding other people’s rights.

The judicial department asked Li to write the “confession and acceptance of penalty” letter in exchange for her release, but she refused to compromise her stance. Attorney Lin relayed greetings and concerns from others to Li Yuhan, hoping that she can remain upbeat and able to confront conceivable challenges.