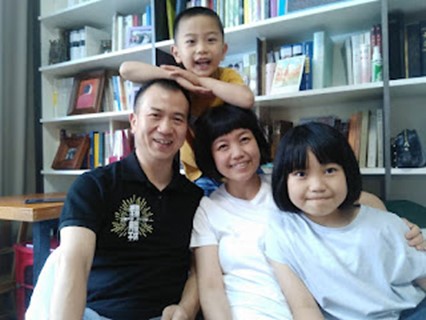 (Deyang City, Sichuan Province—August 17, 2021) On August 14, at approximately 7 am, Deyang City, Longquanshan police officers seized Chengdu Early Rain Covenant Church (ERCC) Elder Li Yingqiang from his home. Officers detained him at their station for more than seven hours before releasing him shortly after 2 pm. The reason for authorities summoning Elder Li reportedly related to a funeral in June. The real reason, however, remains “unknown.” Until now, since Elder Li’s family moved to Deyang, police have not harassed them. This summons clearly signals that Chinese Communist Party (CCP) authorities routinely monitor them.

At a little past 6 am on the day of Elder Li’s arrest, Mrs. Zhang Xinyue, Elder Li’s wife, had gone for a walk. Just outside their community, when she noticed two officers in a police car, Mrs. Zhang suspected they were about to arrest her husband. She quickly walked back home to wake up Elder Li to warn him, “There is a police car and two police officers outside. They are probably here to arrest you.”

Ellder Li calmly arose from bed, and brushed his teeth, Mrs. Zhang said. He told her, “I will go take a look.”

At approximately 8 am that day, Chengdu ERCC published a prayer request letter. Later, Mrs. Zhang shared her gratitude for prayers in posted on her WeChat Moments. God had filled her with peace, she said. Later, with Elder Li back home after being released, Mrs. Zhang photographed him with their children.

When police summoned Elder Li, offices stated, “Because you preached at a fellow Christian’s father’s funeral on June 12, …” During the afternoon of the funeral, Elder Li and several other Christians visited the family to comfort them. By 8 pm, Guangrong police officers arrived at the house of the grieving family. They transported Elder Li and nine other people to their station for investigation.

In September 2020, when Elder Li’s family moved back to Chengdu, local police continuously harassed them. To monitor and further persecute Elder Li, CCP National security agents even assembled a temporary room in the hallway of his apartment. On Sunday mornings, police officers knocked on Elder Li’s door before the Church service and transported him to their station. Police also threatened his wife and children.

At this time, Chengdu police similarly escalated their persecution against other Christians of Chengdu ERCC. Officers frequently summoned and expelled several Christians from their homes.

In November, police officers forcibly expelled Elder Li’s family to Mianyang. There, local CCP authorities cut off his water, power, and natural gas. Fortunately, some Christian Brothers and Sisters invited Elder Li and his family to live with them.

After the Spring Festival, Elder Li’s family settled in Deyang. Initially, during Elder Li’s first few months there, local police did not harass him. The August 14 summons, however, seems to silently signal more future, forthcoming fabricated “reasons” to persecute him.