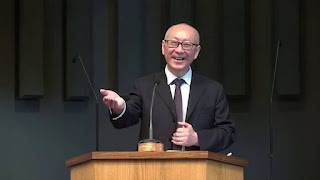 The arrest of deacon Hao Ming and Elder Wu Jiannan could
be related to their close relationship with the heavily persecuted Early Rain
Covenant Church in Chengdu. Hao Ming is likely the main target. After he
retired from Qingcaodi, he devoted himself to serving Early Rain Covenant
Church, signing onto Wang Yi’s “Joint Statement: A Declaration for the Sake of
Christian Faith” in 2018. The statement led to heavy persecution of Early Rain
in December of 2018. Authorities tracked, monitored, and expelled ministers and
believers ever since.

Hao Ming was one of few people who openly supported and
helped Elder Li Yingqiang of Early Rain Covenant Church after the crackdown.
Another like him was Elder Zhang Chunlei of Guiyang Renai Reformed Church, arrested
3 months ago.

Dai and his family have been persecuted constantly in the
past six months. Twelve hours after deacon Hao Ming and his wife’s arrest, he posted
the following message on his WeChat Moments:

“Our brother and sister in Christ, Mr. Hao Ming and his
wife have gone missing for more than 12 hours. They always think of and care
about us. I talked to them two days ago. They told us they pray for us every
day. Now it is time for us to pray for them every day. No wonder yesterday they
sent a person to stop us from leaving home. Looks like we are also in a terrible
situation. We are like lambs waiting to be slaughtered. I pray God to fill us
with His grace and power! Being a preacher is a high-risk job. If heaven were
not true, then we are indeed performing ‘fraud’. But if heaven is true,
then who is performing fraud? The devil has been performing fraud from the
beginning!”

“When my family was persecuted last time, brother Hao
Ming and his wife came to visit us. They are like our parents. They listened to
us talk and comforted us with love. They have been taking care of a dog for 10
years. The dog has diabetes. It needs an insulin injection every day. It must
be waiting for them to go back home. When I heard the news of their arrest
today, it felt like the moment when I heard the news of my pastor and brothers
and sisters being arrested on December 9, 2018, during the massive crackdown.
December 10, 2018, was my birthday. I fast the whole day to pray for them. I
thank God for letting me walk the way of the cross firmly, and I thank the
persecution for letting me be closer to God! I pray God to protect and take
care of his servants in any circumstance.”

Elder Li Yingqiang’s wife Zhang Xinyue said:” I would
rather the police take away my husband than take away elder Zhang Chunlei and
deacon Hao Ming.” On the evening of November 19, Elder Li Yingqiang and his
wife Zhang Xinyue attended the “Gospel During the Pandemic” online evangelical
meeting. They both wore a newly purchased thick cotton winter jacket, prepared for
their arrest at all times. Elder Li also told his children to follow Jesus
Christ, even if they are sent to orphanages after their parents’ arrest.