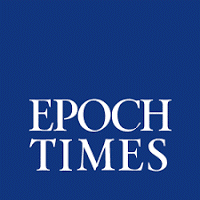 ■ An elderly Chinese woman allegedly suffered severe injuries at the hands of prison guards late last month, leaving her “unconsciousness and vomiting,” along with a cracked skull, according to a report this week.

Bai Gendi, 65, was sent to the emergency room at the Songjiang People’s Hospital in Shanghai, according to a report from Minghui, a website dedicated to publishing information related to Falun Gong. She’s being held at the Shanghai Women’s Prison, and has suffered abuses at the hands of the Chinese regime for refusing to stop practicing Falun Gong, a spiritual discipline and meditation that has been persecuted by the Chinese Communist Party since July 1999 when then-leader Jiang Zemin ordered a sweeping suppression of it.

Falun Gong, also known as Falun Dafa, is a traditional Chinese spiritual discipline that combines slow moving exercises with teachings of truthfulness, compassion, and tolerance. Falun Gong practitioners are routinely tortured, beaten, and subjected to other forms of abuse while in Chinese prisons.

Meanwhile, a report released in June estimated that as many as 1.5 million people—mostly Falun Gong practitioners—have been killed for their organs since 2000. Human rights organization Amnesty International said the Chinese regime is carrying out mass arbitrary detentions, show trials, and other human rights abuses resulting from the persecution.

Since 1999, Bai has been arrested, imprisoned, and tortured. She was first given two years of forced labor in 1999, and three months after she was released, Bai was arrested again and received another three years of forced labor, the Minghui report said. In 2006, she was arrested again and was sentenced to more than four years in prison. Later, in 2012, Bai was again arrested and got six and a half years in prison.

Photos published by the Minghui website show her in a hospital bed with tubes coming out of her nose.

Prison guards told the family that she fell out of a chair, hurting herself. The family “suspects that Ms. Bai’s injuries were caused by beatings in prison,” Minghui reported, adding that she had a “bleeding skull fracture.”

Family members said she was placed into solitary confinement, forcing her to wear summer clothes—with short sleeves and pants—in freezing cells without heat in the winter.