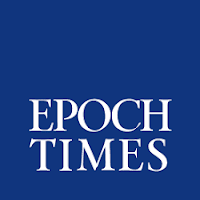 Chinese security forces have moved quickly to silence newly crowned Miss World Canada Anastasia Lin, threatening her father who lives in China that if she keeps up her human rights advocacy he and the rest of her family in China will pay for it.

Lin, who won the national beauty pageant on May 16 and will go on to represent Canada at the Miss World contest, received a distressed phone call from her father in Changsha, Hunan Province on Wednesday night, May 20, telling her he had been visited by Chinese security forces.

Until then, he had been thrilled with her win.

“At the beginning my dad was so happy because all those Chinese media were reporting about my win, and he was forwarding the news—in my hometown they were really proud,” said Lin who grew up in Changsha.

“He told me he was getting 100 to 200 messages every day congratulating him.”

“But then suddenly my dad told me to stop doing what I am doing,” she said. Something changed.

Family and friends told Lin that news stories about her started disappearing from the Chinese Internet. Any of the stories that mentioned her human rights advocacy were apparently blocked by China’s Internet censors.

Then Lin got text messages from her father telling her that security forces threatened to put him through Cultural Revolution-style criticism.

“They said they would turn on my family like in the Cultural Revolution, where a father does not recognize a son and son would expose the father,” said Lin.

“My dad was really scared. He said, ‘You must stop what you are doing now, otherwise we will just go our separate ways.’”

Although frightened by the call, Lin said she was not surprised. Like many human rights activists with family in China, it’s a threat she knew she might face.

“I don’t want to put my family at risk, but it is precisely because of them, because of this situation, that I have to keep doing what I am doing. Otherwise, all I have done before is in vain.”

Born in China, 25-year-old Lin campaigned for the title of Miss World Canada on a human rights platform, pledging to continue her work in Canada for religious freedom and that she’d be a “voice for the voiceless.”

A theater major with a minor in history and political science from the University of Toronto, the model and actress has built a career acting in films that expose human rights issues in her native China.

Her first film dealt with the controversy of the poorly built schools that collapsed in the 2008 Sichuan earthquake killing thousands of children. She played a student who was killed in one of the collapsed schools.

She also stars in the Canadian-produced television series “Big Shorts,” a satirical take on Chinese state-owned television station CCTV, and recently starred in “Red Lotus,” which is in post-production. The film tells the tale of a female Falun Gong practitioner in China imprisoned for her beliefs.

Lin also practices Falun Gong, a Buddha-school meditation practice that was banned and subjected to severe persecution in China after it attracted some 100 million adherents in the early 1990s. The persecution still continues today.

Lin said the “Red Lotus” role was particularly moving and she doubted at times whether she could play it. “I had to interview many people, victims of human rights abuses,” she said.

She was unsure she could really play the role of someone who had been through imprisonment and torture and remained steadfast in their belief. Playing the part made a big impact on her.

“It was almost like the more hardship they went through, the more grounded they were in their faith,” she said.

Until Wednesday night, that role and those interviews were the closest she had come to being directly threatened by the Chinese communist regime. Speaking about the call from her father, her voice hovers between fear, calm, and outrage.

“It’s like they are exporting their tyranny outside of China. I am a Canadian citizen. How dare they threaten my family to stop what I am doing in Canada,” she said.

Lin came to Canada when she was 13 and was deeply affected by what she describes as “the spirit of freedom” here.

Lin said she will use the Miss World Canada title to push harder regarding human rights issues and that she plans to engage governments and officials who have authority to address the human rights problems in her homeland.

The fact that she had won hadn’t even really sunk in when her father called.

Lin said she will be reaching out for help and support from the government and friends. She is worried for her family in China, but believes silence would just embolden the regime.

She said it is important to speak out about the threats against her family. She said if she keeps silent it will encourage the people threatening her dad and they will know they have a way to control her.

“If I speak out, I think it will protect my family, because the last thing those security people want is international coverage that they are threatening innocent people in China just because their daughter in Canada talked about human rights.”