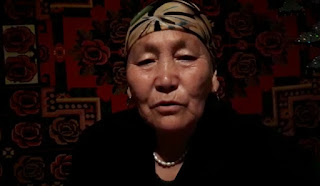 (Ili Kazakh, Xinjiang—May 9, 2018) Officials in China’s northwestern Xinjiang recently fired all ethnic minority teachers as part of a racial-profiling crackdown in the region.

As local government departments continue an initiative to shut down schools dedicated to educating Uyghur, Kazakh, and Mongolian children or merge them with schools for China’s Han majority, authorities forced all minority teachers older than 45 to retire and paid them 60-70 percent of their salaries. The younger teachers were forced to change their occupations to security guards or street cleaners. According to a local Kazakh, “They can no longer teach. The schools canceled their stipends and bonuses and reduced their salaries.”

Likewise, authorities in Xinyuan County, Xinjiang, stopped the salaries of Kazakh workers, inhibiting parents from paying for their children who study in Kazakhstan. Another Kazakh said, “Some people planned a strike, but the police threatened to send them to reformation centers or labor camps if they dare to stop working. In order to be safe, the cleaners work overtime everyday without getting paid.”

Over the past few years, Chinese authorities escalated persecution against the predominantly Muslim minorities living in Xinjiang, who compose more than half of the area’s population. Driven by paranoia that Muslim faith affiliates them with terrorist organizations, the government is systematically holding innocent Kazakh and Uyghur people in “political training” and “anti-extremist” centers, or detention centers known for subjecting inmates to constant torture and propaganda. Those who remain free are forced to live with Chinese minders who report on their activities, and store owners received orders to mix non-halal foods with halal food, forcing Muslims to violate their faith.

Another anonymous Kazakh added, “Six people in my family—my sister Xamsiya, sister Xanxu, my brother-in-law Eskat, and their two children have been detained in China after they left (Kazakhstan) in November 2017. The police took away their passports. My cousin, Rakemkaze keze Gulgeyna, can’t leave China, either.”

ChinaAid exposes abuses, such as those suffered by residents of Xinjiang, in order to stand in solidarity with the persecuted and promote religious freedom, human rights, and rule of law.