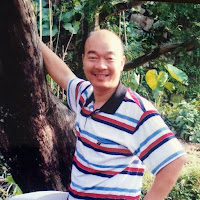 (Rui’an, Zhejiang—May 24, 2016) In an alleged attempt to prevent international reporting on the case of an incarcerated Christian family, government officials in China’s coastal Zhejiang province recently pressured their relatives to only hire local lawyers.

On the night of April 25, uniformed and plainclothes police officers broke into the home of Wen Xiaowu, a church pastor who provided legal aid to churches targeted by a cross demolition campaign and shared details about the movement with officials from the U.S. embassy in Shanghai, and detained Wen and his wife, Xiang Lihua, on suspicion of “gathering a crowd to disturb public order.” Their son, Wen “Eden” Yidian, attempted to prevent his parents’ detention, prompting authorities to return an hour later and detain him on the charge of “obstructing public service.” Officials released Xiang on May 13, but Wen Xiaowu and Wen Yidian remain in police custody.

According to local Christians, the Rui’an Municipal Public Security Bureau downplayed the possibility ofWen Xiaowu’s meetings with U.S. officials as a reason for the detention, hoping to deflect international media attention. Additionally, Wen Xiaowu contacted his relatives from detention and urged them not to hire lawyers for him outside of Zhejiang province.

“…I think this is definitely due to government pressure, because … [in a similar event] Pastor Bao Guohua’s wife said that she wanted to hire a lawyer, but called on family members to hire local lawyers,” a Christian from Zhejiang said, referencing a similar case in which police apprehended Bao, his wife, Xing Wenxiang and their son, Bao Chenxing, on July 26. “Afterwards, that couple was sentenced to 12 and 14 years in prison. Therefore, hiring local lawyers isn’t the least bit useful.”

China Aid exposes abuses, such as those experienced by Wen Xiaowu and his family, in order to promote religious freedom and rule of law in China.