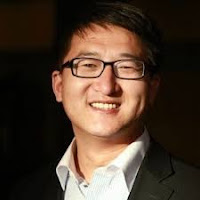 
(Wenzhou, Zhejiang—Oct. 5, 2015) The father of noted human rights lawyer Zhang Kai has released a testimony regarding his son’s work defending churches against cross demolitions in China’s coastal Zhejiang. Within are his reactions to his son’s mission and his difficulty in finding information regarding his son’s condition or secretive detention. A translation of his testimony can be found below:

Zhang Kai and two colleagues of his were taken away in the dead of night on Aug. 25. As Zhang Kai’s father, I was informed the next day by asking his lawyer friends. It is shocking, confusing and unbelievable. Just the day before, Zhang Kai was happily telling me over the phone: “Today churches and Wenzhou local authorities reached a consensus; crosses will not be demolished anymore!”

In a moment of half-belief, half-doubt, Yang Xingquan, the director of Zhang Kai’s Beijing Xinqiao Lawyers’ Affairs, released a “Stern Statement” on Aug. 26, strongly protesting Wenzhou authorities’ arrests of legal lawyers. Many lawyers and religious people I didn’t know expressed their comfort and concern towards me and said they would like to fight for Zhang Kai’s rights, but the development of the events remains unknown. I signed Lawyer Li Guisheng from Guizhou Hengqian Law Firms to represent Zhang Kai, and our whole family is waiting for the official notice and response from Wenzhou police, but nothing is known.

We feel that we cannot wait to hope again! On Aug. 31, I departed on a journey to look for my son in Wenzhou. Wenzhou is not a small city, and it was very hard to find anything about Zhang Kai’s current situation there. Before I came, lawyers from many places had already hurried to Wenzhou. They all wished to see Zhang Kai but could not. They wanted to know his specific situation, but police did not grant them this request or inform them.

On Sept. 2 at 11 a.m., under the accompaniment of lawyers, I went to Wenzhou’s police station and met briefly with two sergeants to ask questions.

I asked what time Zhang Kai was taken, to what location, and for what reason. They told me: “Zhang Kai is suspected of gathering a crowed to disturb social order and is a threat to national security. The police already sent you a notice on the 27th.”

I said, “As of today, I haven’t received the department’s notice. Where are you keeping him? Can I see him? What problem is he suspected of?”

“The place he’s being detained is a secret,” they said. “Neither you nor lawyers can see him. His information will be made public after the investigation.” Then they added, “You should teach your son better. He can’t behave disruptively. Your coming here is useless. If you have anything else to discuss, you can get a lawyer after this.”

Starting on Sept. 3, the lawyers accompanying me came to Wenzhou’s outer district to collect information on Zhang Kai’s work in Wenzhou. The same day, Zhang Kai’s mother, who is in Hohhot, received a notice in the mail, which said: “According to the provisions of the Criminal Law of the People’s Republic of China Article 73, authorities have put [Zhang Kai] under house arrest on 08/27/2015 for gathering a mob to disturb social order [and] for stealing, prying, purchasing, and illegally gathering state secrets or intelligence. [Inscribed] Wenzhou City Police” followed by the official seal and date.

I stared at this notice, which had taken eight days to arrive, and read it repeatedly, attempting to find the reason behind Zhang Kai’s charges and the possibility [of them being correct] by comparing them to everywhere he’d been in Wenzhou. Zhang Kai’s work was to get people together so he could spread the knowledge of the law. Wherever I go, people say: “Zhang Kai incessantly explains the law everywhere he goes,” or “Whether he was in the streets, in villages, in churches, or just meeting people by chance, he was explaining the law.” More and more, the people wanted to hear him explain the law. He gathered large crowds to study and explain the law. He was preparing a gathering for a law training class, which would go into publicizing common law and discussing the special topic of law and code, but the local authorities canceled it.

Zhang Kai and a crowd of churches fearlessly protested illegal demolitions and publicly preserved rights according to the law. According to my understanding, in the last two years, Zhejiang province’s government has destroyed approximately 1,000 Catholic and Protestant church crosses. The situation is not always the same for these demolitions. Many have certificates, some don’t. Some are authorized, but not for demolition. These procedures should be in accordance with the law. At night, they resort to stealing, demolishing, breaking doors, pounding on walls, intimidation and raids. Protestors face authorities, who do not acknowledge the historical background and objective reality and take actions that illegally destroy rights. Zhang Kai and a crowd of church members were indignant and organized a powerful protest against the demolitions. They carried out a collective protection effort, alternating who was on duty as they guarded the cross by singing, praying, shouting slogans and other methods. In regards to preventing open conflict, an insider said: “As Zhang Kai has already repeatedly emphasized, a nation that preserves human rights is a rational civilization and definitely will not fight over [something trivial]. Christians want to respect themselves and also cherish the place they live. They will pay the small price, fight for grand results and fight for common order and the safety of the people on both sides” The person also gave an analysis, saying: “The government sends around 300-1,000 people to demolish crosses with wide-scale mechanical coordination, which means a high expense. The average city spends 1,000,000 Yuan (U.S. $156,00), but we paid with enormous emotion and lesser manpower…”

Many people said that Wenzhou has many people who commend Zhang Kai as a hero and a warrior brimming with passion. But he is also very rational and steady. Zhang Kai often said to those around him: “Our every action needs to be in accordance with Jesus Christ’s decrees and inside the law’s permitted limits. Demonstration parades are permissible, but you must listen and be subject to legal procedures.”

At this time, I am silent and continuously pondering. Kai, my son! How many times have you promised: “I am certain that I want to support the Lord’s impartial justice and work in accordance with the law. Dad, be confident; your work cannot violate the law. More and more, I believe the government’s actions can be in accordance with the law. I believe that the government can support the Lord’s equitable justice.” But now you have been detained, and since you were taken into that situation, we know so little…

On Sept. 4, I made a trip, driven by purpose, to Xialing Church, where Zhang Kai lived and worked until the police arrested him. It is enclosed on three sides and surrounded by a garden with three floors. The church members were there to receive me. Before my eyes, the tattered remnants from after the demolitions were strewn along the steps in front of the main gate and along the sides. As we talked and walked, one of the church members told me: “Zhang Kai came here for many meetings, prayers and legal announcements. Here, he also often met with multitudes to give advice and have discussions. He was always very busy, and his work would often go deep into the night, sometimes even all night.”

After 10 p.m. on Aug. 25, approximately 10 police officers suddenly came over the wall and entered the courtyard, breaking into the residence where Zhang Kai lived with his two assistants. First, they captured them, then brought them to the lower floor’s gate and searched their room for approximately one hour, confiscating computers, cell phones and other items. They took them all away. At this time, I am heavy-hearted when I think of them. This residence, where [they] labored and lived, turned into a corral.

I have brought a Bible and several changes of clothes for each of them. I am prepared to go back to Wenzhou’s Municipal Public Security Bureau to ask again about their situation.