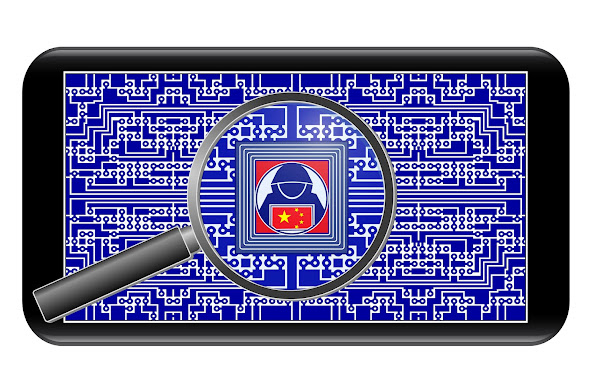 Freedom File 20: Despite TikTok/WeChat threats—delay in legal action permits both apps to continue to operate in the US

Chinese spy chips in smart phones.
(Photo: Deposit Photos)
(ChinaAid—Feb. 23, 2021) Despite TikTok and WeChat threats relating to/from Chinese spy chips in smart phones, President Joe Biden recently paused legal action against banning these apps in the United States (US). This delay permits both apps to continue to “operate” in the US while new staff at government agencies become familiar with threatening issues former President Donald Trump assessed  from researching the Chinese owned companies.
According to statistics:

In TikTok/WeChat Threats—Freedom File 20, Bob Fu, PhD relates severe threats relating to TikTok and WeChat, two Chinese Communist Party (CCP) controlled social media apps. He stresses that these two popular “messengers” pose several threats not only to Chinese citizens in living China, but to others in the free world.

Dr. Fu recounts the news that a Chinese court charged a husband and wife with “’subversion of State power,’ and sentenced them to serve four- and three-years in prison for text messages they had shared with others through WeChat. ”

“’Subverting the State’ by sending WeChat messages through an app can get you time in prison?” he  questions.

Dr. Fu also shares a personal experience of his and an American friend who travelled to China one summer to work with other coaches in a baseball camp for children. While in China, CCP State Security agents confiscated his friend’s passport for a few weeks and interrogated him in a secret location. As “evidence” to support suspicion of illegal activity, the agents presented pages of conversations his friend had shared with him, Dr. Bob states.

CCP agents monitor TikTok and WeChat 24/7, Dr. Fu says. Phones are also programed to hear conversations using these apps. Dr. Fu poses the question to parents: Do you want your children to have an app on their phone that The CCP may use as a listening device? He challenges others to do as Psalm 1:1 advises—do not walk with the ungodly…

“Know that the CCP is ‘ungodly,'” Dr. Fu reminds viewers. “We are not to cooperate with them. We are to fight for freedom.”
###
“Blessed is the man
Who walks not in the counsel of the ungodly,
Nor stands in the path of sinners,
Nor sits in the seat of the scornful.”
~  Psalm 1:1 (NKJV)
China Aid exposes abuses in order to stand in solidarity with the persecuted and promote religious freedom, human rights, and rule of law. If you wish to partner with us in helping those persecuted by the Chinese government, please click the button below to make a charitable donation.