Although Gao was released from prison on Aug 7, 2014, he has been under strict surveillance and denied freedom of movement, including access to desperately-needed medical and dental care.

Background:
Award-winning human rights lawyer Gao Zhisheng has handled a number of high-profile cases, including a dispute over government-seized oil fields in Shaanxi, the cases of Christians in the far west region of Xinjiang, and Falun Gong cases.

On December 22, 2006, Gao was convicted of “inciting subversion of state power” and sentenced to a three-year prison term, with a five-year probation and a one-year deprivation of political rights. For reasons unknown, Gao was released soon after.

On September 21, 2007, Gao was taken into official custody again. When he was released 50 days later, he wrote “Dark Night, Dark Hood and Kidnapping by Dark Mafia” (http://chinaaid.org/night-dark-hood-and-kidnapping-by-dark/), in which he recounted how he had been tortured, including having toothpicks inserted into his penis.

Gao’s wife, daughter, and son fled from Beijing to the United States on January 9, 2009. Gao was taken by Chinese authorities less than a month later on February 4 and disappeared into official custody. Gao suddenly re-appeared on March 27, 2010 under the surveillance of Domestic Security Protection agents, then disappeared again on April 20.

On January 10, 2011, Charles Hutzler of the Associated Press reported, in a piece entitled “Missing Chinese lawyer told of abuse,” that nearly a year earlier, on April 7, 2010, he had met Gao in a Beijing teahouse for an extended interview. During the interview, Gao revealed that he had been held in Beijing, Shaanxi, and the far west region of Xinjiang and described in detail the brutal torture he had endured during his disappearance (http://chinaaid.org/ap-exclusive-missing-chinese-lawyer/).

On December 16, 2011, the official Xinhua News Agency reported in a short English-only dispatch that because Gao had violated the terms of his parole, he was being sent back to jail to serve his three-year prison term. He is currently incarcerated in a prison in the remote Shaya county in far western Xinjiang (http://chinaaid.org/beijing-court-withdraws-probation-on-ex/). 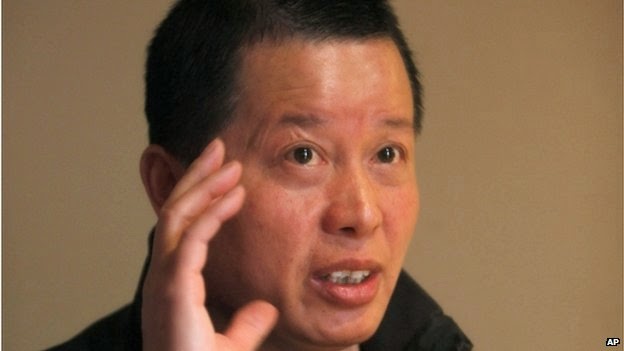