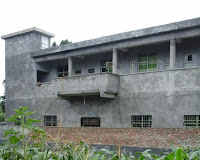 (Zunyi, Guizhou—Aug. 9, 2016) A local governing body in China’s central Guizhou province announced the termination of welfare for Christians who attend church activities on July 2, mirroring a similar incident that occurred two years prior.

Mou, a house church member, said, “[Officials verbally] announced on July 2 that Christians could not have welfare or any old-age insurance … Now, the county [government] called on the government in the towns and villages to order believers to sign [a guarantee], stating that if they gathered again, their welfare would be cut off.”

This kind of pressure is reminiscent of an ongoing persecution case in China’s inland Sichuan province. On Sept. 28, 2014, 36 Miao Christians, an ethnic minority in China, were detained and then individually released 5-11 days afterward. Since that time, the government interrupted their welfare payments.

On July 14 of this year, Zhang Shucai, a member of one of the affected Miao churches, said, “Not long ago, I went back to my hometown and asked my parents about [the welfare payment cancellation]. They told me that they still hadn’t received their welfare. [Authorities] only arrested my mother last time, but they canceled the [welfare] of [both of my parents]. ”

When asked if the church members plan to take legal action, Zhang replied that many of the Miao Christians do not know how to defend their rights.

China Aid exposes abuses, such as those suffered by church members in Guizhou and Sichuan, in order to stand in solidarity with persecuted Christians in China.