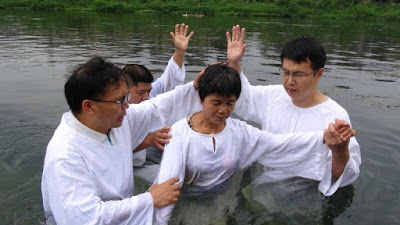 
(Guiyang, Guizhou—May 14, 2018) Su Tianfu, a pastor in China’s southern Guizhou province, received a one year prison sentence with two years of reprieve and another six months of house arrest.

Su told ChinaAid that the court summoned him to sign a record on May 11. “When I arrived at the court, the judge did not mention the record and instead decided to announce the verdict right away. I was surprised, but I entered the court anyway. The judge still deemed me guilty, but the court was lenient with the punishment, sentencing me to a year in prison and giving me a two-year reprieve. I will also be put under residential surveillance for half a year.”

His verdict states that he was charged with “intentionally divulging state secrets” for forwarding a prayer letter in a group chat for Huoshi Church, where he served as a pastor, on Dec. 8, 2015. The same day, he posted another two articles that contained the first document on WeChat, a Chinese social media program. The Guizhou Provincial National Security Bureau confirmed that the photographs should be regarded as state secrets, but the court held that he did not cause severe damage.

In truth, Su was exposing government plans for managing Huoshi Church. His lawyers, Zhang Peihong and Xiao Yunyang, concluded that the posted documents bore no relation to state policies, military and national defense, or economics and diplomacy and could not be classified as state secrets. Additionally, Su did not leak any information not already covered by international media.

He pled innocent during his trial, which took place on April 26. His lawyers, Zhang Peihong and Xiao Yunyang, maintained in their defense statement that he did not violate any laws or commit crimes. Instead, they accused the ambiguously-defined “headquarters,” “groups,” and “law enforcement” of illegal activity that violated the Chinese Constitution—which guarantees religious freedom and guards against fabricated convictions and the government framing of innocent citizens—in order to persecute Su.

Saying that he did not want to waste too much energy dealing with the government, Su decided not to appeal.

Su has also been involved in a case in which local authorities fined him and another one of the church’s imprisoned pastors, Yang Hua, more than $1 million USD, claiming that church offerings totaling that amount qualified as “illegal income.” They appealed, maintaining that the money was not illegally taken and was only spent on church expenses, but ultimately lost the case.

ChinaAid exposes abuses, such as those suffered by Pastor Su and Huoshi Church, in order to stand in solidarity with the persecuted and promote religious freedom, human rights, and rule of law.

God will inevitably overturn all!

I (Zhang Peihong) and Lawyer Xiao Yunyang, who is from Guiyang, have been delegated by Su Tianfu as his defense attorneys for the case of “intentionally divulging state secrets.” In brief, we argue that the conduct of defendant Su Tianfu is not illegal, not to mention non-criminal. In fact, the so-called law enforcement officials who appeared vaguely as so-called “command center” or “small group” personnel are the ones who acted illegally or even criminally, and they are the ones who violated the Constitution of the People’s Republic of China, which clearly states citizens’ right to religious freedom. They organized this conspiracy to embezzle the church property and to falsely accuse innocent people. We, as Christian (religious citizens), trust that there will be a truly righteous judgment reserved for them. Our hope and prayer is that they will repent before the final judgment comes.

Here is our defense argument in regards to Su Tianfu’s case of “intentionally divulging state secrets.” According to the Criminal Law and Privacy Law of the Republic of China, the information Pastor Su Tianfu sent to “Huoshi Church’s” WeChat group cannot be categorized as confidential state secrets. His conduct of sending that message via WeChat does not constitute “intentionally divulging state secrets.” Therefore, his behaviors do not deserve the charge being brought upon him.

Let us start with procedural issue.

During the indictment process, it is obvious that the procedure was arbitrary and careless. For example: Pastor Su Tianfu was arrested and put under secured pending trial on Dec. 15, 2015, by the Nanming precinct of the Guiyang police department for “intentionally divulging state secrets.” But the indictment stated that he was put under secured pending trial on March 28, 2016, by the Nanming District Court. Surprisingly, the conclusion of the investigation happened twice: in 2016 and 2017, respectively.

The substantial issue is more serious.

First, the so-called state secret is a two-page Notice Regarding the Distribution of Huoshi Church in Guiyang’s Membership List [Editor’s note: hereafter referred to as the “Notice”], a document that nobody has seen. It was speculated that the problem lied in the attached membership list, but for the pastor of a church, how could a membership list be considered a “state secret”?

The Notice includes three points, and they are: the highest priority, strengthening leadership; mastering facts through thorough investigation; and formulating procedures and securing suspects. Frankly, all of it is bureaucratic language without any substance. If this notice is regarded as a state secret, then all newspapers and all documents in the garbage cans of every government office should be regarded as state secrets.

According to Article 9 of the Law of the People’s Republic of China on Guarding State Secrets: “The following matters involving state security and national interests, the disclosure of which may harm the country in politics, the economy, defense, foreign affairs, or other such realms, shall be classified as state secrets.” We ask: under which realm should the Notice be classified as a state secret?

Second, we recognize the fact that the word “confidential” was printed on the top left corner of the Notice. While the title in red print, “Guiyang Municipal Command and Control Center for Dealing with Huoshi Church,” looks legitimate and official at the first glance, however, a closer look at the issuing institute’s stamp shows that it was from the office of the Central Leading Group for Maintaining Stability. It turns out that the “command center” is only a temporary organization and does not abide by the jurisdiction for classification determination defined in Article 13 of the Law of the People’s Republic of China on Guarding State Secrets. In other words, using the word “confidential” on the Notice is beyond its authority; therefore, it is an illegal practice. Although the Office of the Central Leading Group for Maintaining Stability is a government office, only central state organizations, provincial organizations, and organizations and units authorized by them may classify information as state secrets.

It is possible the “command center” realized that it did not have the legal standing for classification determination, so the Nanming police precinct applied to the National Administration for the Protection of State Secrets (NAPSS) of Guizhou Province for the appraisal of classification determination after the case was established. This action surely proves that the “command center” marking the word “confidential” on the Notice was unauthorized and therefore should be invalid.

At last, please take into consideration that the defendant has already given in so much. Since the law has been long abolished in this case, the bottom line of the defensive argument is that Su Tianfu is not responsible for revealing state secrets.

The document that was marked as confidential by the so-called “command center” (the Notice) was not revealed by Su Tianfu. When he read that document for the first time, he took a picture using his cell phone, since he was about to preach for the service immediately. When he got home, he found out that the picture he took was unclear due to the reflection at the picture-taking time. He deleted the picture and did not forward it any further.

In summary, Pastor Su Tianfu did not reveal state secrets. Even if that information is legally classified as state secrets, he did not reveal them. As our argument points out, when he forwarded the information within his church WeChat group, he did not have the intention of revealing State secret; his intention was to encourage his congregation to watchfully pray for it. He was sending a prayer request, not a State secret. Whether the attachment of the prayer request contains State secret, the responsibility lies on the original author and publisher of that information.

Besides, Su Tianfu forwarded the prayer request on December 8, 2015. At that time, the state secret classification determination has not been produced. This so-called state secret document was published by the overseas media first and read by a person who sends prayer requests. Su Tianfu was the third in line to forward this message. The most serious treatment for Su Tianfu could only be an educational warning, instead of a long haul of several years’ criminal investigation and judicial procedure.

We observed this series of happenings:

First, church treasurer Zhang Xiuhong was arrested and sentenced to five years in prison for a groundless accusation.

Second, Pastor Yang Hua was arrested and sentenced to two and half years in prison.

Then, the church was forced to close down, and church properties were embezzled and secretly auctioned.

Now, Pastor Su Tianfu was put in the judicial process!

The Bible says, “For God will bring every deed into judgment, including every hidden thing, whether it is good or evil.” (Ecclesiastes 12:14)

Let us encourage one another!