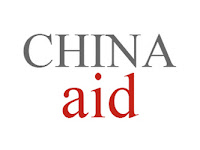 (Guiyang, Guizhou—May 17, 2016) The lawyers for an incarcerated house church pastor in Guiyang, the largest city in China’s inland Guizhou province, expressed their belief that their client was tortured in prison. This revelation comes on the heels of the announcement that the pastor’s case has been transferred to the court for trial and that a small group from pastor’s church was evicted.

Yang Hua, the pastor of the recently persecuted Huoshi Church, was first administratively detained on Dec. 9, 2015, then criminally detained for “illegally holding state secrets,” and arrested for “divulging state secrets” on Jan. 22.

One of Yang’s lawyers, Chen Jiangang, told China Aid that when he and his co-counsel, Zhao Yonglin, visited the pastor on April 22, they saw the prison official threaten Yang. Chen said they suspect that Yang has been subjected to inhumane treatment during his detention and reported that Yang was in low spirits. The lawyers are currently attempting to determine to what extent Yang has been mistreated.

“The person from the Procuratorate office who is in charge of this case had coerced Pastor Yang Hua [to confess to his crimes],” Chen said on April 24 after meeting with Yang. “Now, Yang Hua is somewhat afraid. Since Yang Hua has not made any oral confessions, he has not done anything criminal. He neither understands the affairs of other people nor will speak irresponsibly about them. When the time for the decision came, the authorities extended his detention another three months.”

“We’ve gotten the files. … He has been persecuted and made notes,” Chen said following the lawyers’ May visit.

Yang’s wife, Wang Hongwu, told China Aid that Yang’s lawyers also visited the pastor at the detention center on May 11. Wang said that shortly after, it was announced that her husband’s case had been transferred to the Nanming District Court in Guiyang after three months of review and that no trial date had been announced.

Authorities also summoned Yang’s wife in April. “The Nanming District Procuratorate summoned me to make a report. They asked some questions about my family situation and my activities dating from my time in elementary school to now,” Wang said. “Then, they raised questions about Yang Hua, asking me if I have seen the national secrets he posted on WeChat. They had a document clearly marked with the word ‘secrets’ … I said I don’t know anything about this matter. They mainly asked about these things. Besides that, they also asked if I ever let someone else use my cell phone.”

Additionally, China Aid learned that a small group from Huoshi Church was forced to relocate last week after the landlord renting apartment space to them evicted the group.

“Congregations are still held as small group gatherings. At least seven to eight people would attend, although not a large number of attendees,” Wang said after one such group was forced to move. “Many people joined different groups at different locations. Even so, the Jinyang group had to change locations several times because the police pressured the landlords, forcing them to revoke the lease.”

Since July 2015, four individuals—including two non-Christians who helped the church—have been arrested on varying charges. Authorities later banned the church from meeting and froze the church’s bank account, which contained 640,000 Yuan (U.S. $98,100). A fine of 20 Yuan (U.S. $3) per day per square foot was imposed on the church on Nov. 22, resulting in a total daily fine of 12,960 Yuan (U.S. $1,980) for the 648 square meter (6,975 square foot) space. Three church meeting places have been sealed, believers have been followed or surveilled, and some Christians have been interrogated and warned not to rejoin small worship groups.

Wang said that after Yang’s arrest, the burden of raising the family fell on her. “Just myself and two children—God’s grace is sufficient for us to live. God is gracious. God is watching over us.”

China Aid reports on human rights violations such as the incarceration of Yang Hua and the persecution of Huoshi Church in order to expose abuses committed by the Chinese government and promote rule of law and religious freedom in China.