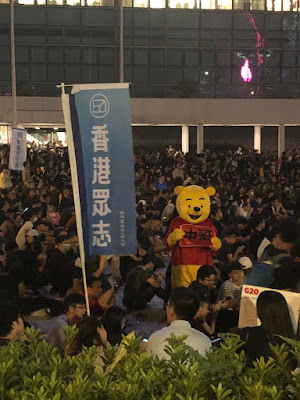 (Hong Kong—Aug. 13, 2019) Hong Kong residents flooded the arrivals section of Hong Kong International Airport yesterday and today to protest a China extradition bill, forcing the cancellation of flights to and from the former British colony.

This is one in an endless stream of protests sparked earlier this year when Hong Kong Chief Executive Carrie Lam introduced a bill that would allow people in Hong Kong to be extradited to China for trial. The bill prompted concerns that Beijing would use this legislation to target individuals in Hong Kong, which has been a relative safe haven for human rights activists, and have them taken to China for prosecution, where courts have been known to prosecute those peacefully implementing their beliefs.

In response, many have taken to the streets over the past months, clashing with riot police. The law enforcement officials have been firing bean bag rounds, rubber bullets, and tear gas at the protesters in attempts to drive them back, but after they succeeded in blocking the streets to the legislative building in which Hong Kong officials were to vote on the bill, Lam retracted it for further modification. She did not withdraw it completely, however, lamenting that the people were not in agreement with what she deemed the bill’s necessity.

Since then, the protests have continued, with protesters growing increasingly organized and implementing tactics in order to effectively canvas the city with their opposition while minimizing danger. They have moved quickly from place-to-place, armoring themselves with household items, such as Saran Wrap for skin protection and trash can lids for shields.

The protests culminated on Monday, when thousands of protesters entered the arrivals section of the Hong Kong International Airport, forcing the Hong Kong Airport Authority to suspend flights. Today, more flights were canceled, and police entered the building, wielding pepper spray and batons, according to the New York Times. A clash ensued.

Meanwhile, China is slowly amassing an army on their side of the Hong Kong-Shenzhen border. This is causing some experts worry that the Chinese Communist Party might strike, much like they did during the 1989 Tiananmen Square Massacre, which resulted in the deaths of untold numbers of student pro-democracy activists and passersby.