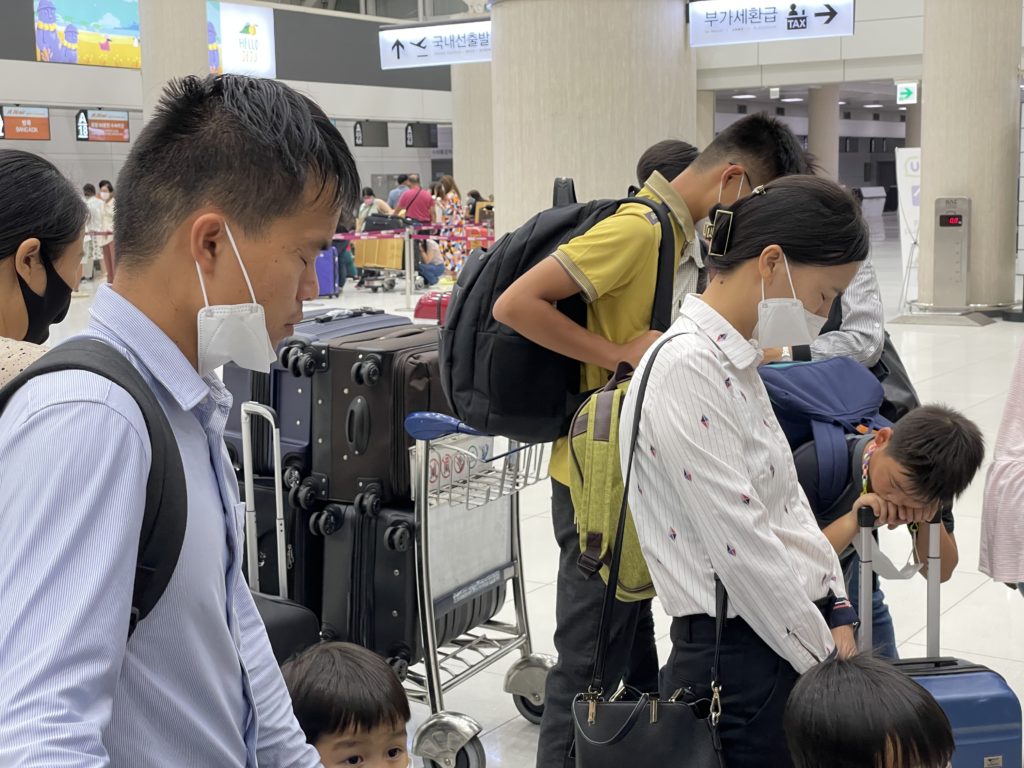 How you can help the Mayflower Church

(ChinaAid—September 27, 2022) In late 2019, Shenzhen Holy Reformed Church decided to escape China after the entire congregation voted to avoid the tightly controlled religious and political environment and to protect their children’s rights to receive a Christian education. They chose Jeju Island, South Korea, which doesn’t have a very strict visa requirement. Last year, I was honored to interview Pastor Pan of the Chinese “Mayflower” Church and learned about their life on Jeju Island. I also have similar stories from my own experience and lived in exile before.

Pastor Pan told me that South Korea primarily provided asylum to people who leave North Korea, but the 60 people of his church came to Jeju Island on a tourism visa, so it might be impossible for them to stay indefinitely. With the help of ChinaAid, some American officials are concerned about them. In the meantime, some American churches indicate that they would like to provide accommodation if the Mayflower Church resettled in the U.S. successfully. Their assistance would last until the congregation receives their legal identity and can make a living in the U.S.

However, these kinds of help and support are not very useful to their 60-member congregation. Identity is the highest priority for every person living in exile. For Asian countries, providing Chinese exiles legal identities is a sensitive issue. Chinese nationals flock to South Korea as a popular tourist destination, and its government issues a lot of visas to Chinese citizens to develop their tourism. If the Mayflower Church received a legal identity after entering South Korea on a tourist visa, droves of Chinese refugees would duplicate this in the future. Therefore, Korean officials must balance their own country’s relationship with China and the stability of their citizens.

Pastor Pan and the Mayflower Church decided to move to Thailand while being aware of the situation in South Korea. Thailand is not the state party of the UN Convention Relating to the Status of Refugees, so the UN Refugee Agency can grant applicants refugee identity while being independent of the Thai government. Pastor Pan said in the interview that we got stuck and couldn’t figure out any solution in South Korea. We can’t get the legal identity there. Besides the priority, we faced the issue of how to survive. People of Holy Reformed Church primarily depended on their savings while staying in South Korea for 3 years. Because they cannot speak Korean, they performed manual labor work to provide for their families. Lodging, food, and basic medical expenses stressed the low-income exiles. Meanwhile, their expensive application for legal identity compounded their financial difficulties. Finally, South Korea and China didn’t encourage their people to travel in the past two years due to COVID. However, South Korea reopened, opening them up to harassment and monitoring from the Chinese secret police. They were no longer safe. Nonetheless, their next destination would not be any safer.

When arriving in Thailand, they were aware that secret police from China followed them. The Chinese Communist Party regularly extends its tyranny to Thailand. For example, Gui Minhai, the owner of Causeway Bay Books and a Swedish citizen, was kidnapped secretly from Thailand by Chinese police a few years back. Even though Thailand provides them with potential refugee status, Mayflower Christians face harassment and possible attacks or abductions from the CCP.

I would like to end the article with some advice regarding how to help the Mayflower Church from my personal perspective because of my own exile experience:

It is uncertain when Mayflower Church’s exile will end. Exile stories share similar pains, but every refugee goes through pain in their own way. Nobody can give the Mayflower Church a template; they must figure out their own solutions while confronting difficulties. May God be with the church and illuminate their path ahead.