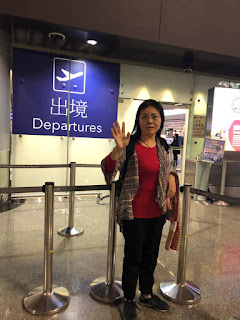 (This article previously stated her asylum status as a refugee which is incorrect. It has been corrected below.)

(Midland, Texas—Jan. 24, 2019) ChinaAid welcomes the newest Chinese refugee to the United States: Huang Yan. As a Christian human rights defender who has assisted many prisoners of conscience, including Gao Zhisheng, she suffered extreme abuse at the hands of the Chinese government.

Huang was beaten by public security bureau officials in 2010 and 2012, respectively, and miscarried her unborn children both times. As a result of the persistent abuse, she contracted ovarian cancer.

On Nov. 26, 2015, authorities arrested Huang on falsified charges of spreading false terrorist information. When she was transferred to Guangzhou No. 2 Detention Center the next year, her charge was changed to “obstructing official business.” While imprisoned, she was treated at a military police hospital, where she was restrained with 23-pound and 15-pound shackles, subjected to 12 ultrasounds in four days, and coerced to take a drug. The 15-pound restraints remained on her ankles for so long that they began to bleed and waste away.

Huang Yan first fled China in January 2017 after a Chinese hospital denied her a critical surgery to combat the cancer on account of her human rights defense. ChinaAid successfully raised money for her treatment in a southeast Asian country and continued to seek political asylum.

On May 29, 2018, Huang traveled to Taiwan. Upon hearing of her imminent arrival, the Taiwanese government planned to deport her back to China, prompting ChinaAid to pen an urgent letter to the United Nations High Commissioner for Refugees (UNHCR), the branch of the U.N. responsible for safeguarding refugees. The UNHCR previously granted her protected refugee status. Taiwan then granted her three months of stay in the country.

After years of suffering torture, house arrests, and beatings, Huang Yan is being processed to be protected in the US under a humanitarian arrangement.