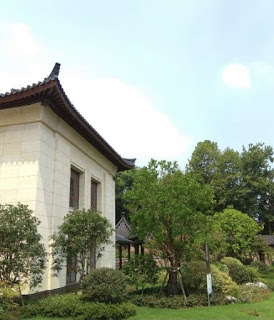 (Hengyang, Hunan—June 28, 2021) On June 19, Hengyang Community, United Front Work Department, State Security Department, and Municipal Bureau of Public Security authorities teamed with Ninghai police officers to jointly arrest Chen Wensheng and Brother Shao for preaching the gospel in Zhejiang Province. That night, after officials transported the two Christians back to Hengyang City, Hunan police then transferred them to West Lake Mount Resort. There, State security officers will “watch” Brother Chen and Brother Shao while they are quarantined for 14 days.

Brother Chen, passionate about sharing the gospel, said, “Several Christian sisters had been suggesting that I should rest. Now, I can rest and pray for 14 days.” [When CCP authorities hold a detainee in isolation at a hotel or “resort,” however, the stay may include persecution.]
CCP authorities have repeatedly threatened Brother Chen’s wife, as well as their son and daughter-in-law while he and Brother Shao publicly preached the gospel. State officials threatened to depose his daughter-in-law, a teacher, unless she stops Brother Chen from publicly preaching the gospel. Hengyang Municipal Community, United Front Work Department, State Security Department and Public Security Bureau officials have also traveled to Wenzhou, searching for Brother Chen.

In the past, during the Cultural Revolution, CCP authorities jailed Brother Cai because of his faith [the gospel]. He, like Brother Chen, continued to preach the gospel even when jailed. In prison, because of the presence of Jesus in Brother Cai’s life, when he preached, some prison officers and imprisoned friends believed in Jesus and became Christians. 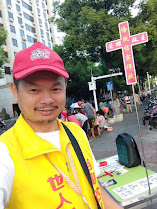 Christian given 10 days behind bars for ‘illegal evangelism’!
###
Do not neglect the gift that is in you,
which was given to you by prophecy
with the laying on of the hands of the eldership.
~ 1 Timothy 4:14 (NKJV)
China Aid exposes abuses in order to stand in solidarity with the persecuted and promote religious freedom, human rights, and rule of law. If you wish to partner with us in helping those persecuted by the Chinese government, please click the button below to make a charitable donation.