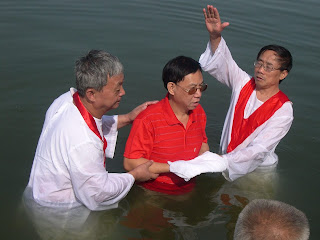 (Tianjin—Jan. 12, 2019) As a Beijing church elder remains in a prison hospital, authorities answer his family’s anxious inquiries by saying that he will only be released on medical bail once the case of another human rights lawyer is settled.

The family of the elder, Hu Shigen, visited him last month at the hospital and reported that he appeared to be in sound mental and physical shape. His medical reports don’t note any problems, but he is being made to take various medications every day. When his family requested that they be allowed to purchase him drugs at pharmacies instead of the prison hospital, the prison didn’t approve.

Many other prisoners of conscience, especially human rights attorneys imprisoned as part of a 2015 nationwide crackdown on their practice, have been forced to take unknown medication in prison, leading to health decline.

When the family requested that Hu be released to receive medical attention outside of the prison, they were told that the case of human rights attorney Wang Quanzhang, one of those taken into custody in 2015, was not yet settled. They learned that the court was in session to hear Wang’s case at the end of last month, and they are hoping that the case will reach a conclusion soon so that Hu will be more likely to be released on medical parole.

Hu’s brother said, “We don’t have a lot of time. My elder brother is old and not very strong, so we hope that he will be released soon.”

Hu was arrested in July 2015 and placed under “residential surveillance at a designated location,” a secret prison also known as a “black jail.” The Tianjin Municipal Procuratorate pinned Hu with a charge of “inciting subversion of state power” and sentenced him to seven-and-a-half years in prison and deprived him of political rights for five years on Aug. 4, 2017. He said he would not appeal.