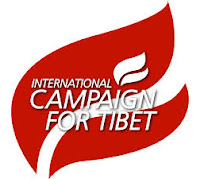 In its just issued 2015 Annual Report, the U.S. Commission on International Religious Freedom (USCIRF) states that China imposes “harsh policies of repression on Buddhists” across the Tibetan plateau and recommended that the U.S. State Department re-designate China as a “country of particular concern” (CPC), where “particularly severe violations of religious freedom” are perpetrated or tolerated, and to take additional actions to promote religious freedom in China.

“With serious religious freedom violations occurring all around the world, these horrors speak volumes about how and why religious freedom and the protection of the rights of vulnerable religious communities matter. All nations should care about abuses beyond their borders not only for humanitarian reasons but because what goes on in other nations rarely remains there. In the long run, there is only one permanent guarantor of the safety, security and survival of the persecuted and vulnerable. It is the full recognition of religious freedom.”

The report also includes the names of Tibetan political prisoners Tenzin Delek Rinpoche, Kunchok Tsephel, Lobsang Tsering, and the Panchen Lama, Gedhun Choekyi Nyima, on the prisoners’ list of the Defending Freedoms Project, which “aims to support human rights and religious freedom throughout the world with a particular focus on prisoners of conscience.” Members of Congress are encouraged to “adopt” a prisoner of conscience on the list and advocate for their release.

Following are relevant excerpts from the China chapter of the report. The full USCIRF 2015 Annual Report can be read on the USCIRF website.


Tibetan Buddhists
Since 2008, the Chinese government has imposed harsh policies of repression on Buddhists across the Tibetan plateau, including harassment, imprisonment, and torture. In March 2014, Goshul Lobsang died shortly following his release from prison after suffering extreme malnourishment and brutal torture, such as regular injections and stabbings; he was imprisoned for his role in organizing a protest in 2008. Also in 2014, religious leader Khenpo Kartse was sentenced to two-and-ahalf years in prison for allegedly protecting a fugitive monk. The government’s campaign of repression also has involved the destruction of religious structures and restrictions that have forced younger monks out of monasteries. Self-immolations have continued, and in recent years more than 130 Tibetan Buddhists, including monks and nuns, have set themselves on fire in acts of protest. Moreover, the Chinese government continued its ongoing vilification of the Dalai Lama, including accusing him of seeking Tibetan independence, which he has repeatedly denied. While there were indications the Chinese government may allow him to visit Tibet, its insistence on selecting the next Dalai Lama continued to strain the relationship.

Defending Freedoms Project Prisoners List
The Tom Lantos Human Rights Commission, in conjunction with the U.S. Commission on International Religious Freedom and Amnesty International USA, in 2012 launched the Defending Freedoms Project with the aim of supporting human rights and religious freedom throughout the world with a particular focus on prisoners of conscience.

Specifically, Members of Congress “adopt” prisoners of conscience, standing in solidarity with these brave men and women, while committing to advocate for their release.

The individuals below have been imprisoned for their religious beliefs or actions or their religious freedom advocacy. They are part of a longer list of prisoners of conscience, detained for other reasons, who are included in the Defending Freedoms Project.


Tenzin Delek Rinpoche
Tenzin Delek Rinpoche (m) is a Tibetan Buddhist leader from Garze, Sichuan. Delek has advocated for the protection and preservation of Tibetan culture, religion, and way of life. Over the years, he has built monasteries, provided education for children in remote rural areas, established Buddhist institutions, and promoted social activism in Tibet. In the 1980s, his Holiness the Dalai Lama recognized him as a reincarnated Lama, a title given to those are permitted to teach the Dharma, for his commitment as a Buddhist monk. On April 7, 2002, the government claimed that Delek was involved in bomb blast that occurred on April 3rd in Chengdu, the capital of China’s Sichuan. The evidence linking him to this crime was based on a confession made by a relative of Delek’s during a torture session. However, the relative later retracted his statement, claiming that Delek was not involved in the attack. Despite this claim, Delek was charged with of “inciting Splittism,” and for his alleged actions in the event he was sentenced to death in December 2, 2002. However, due to international pressure, on January 26, 2005, Delek’s sentence was commuted to life in prison. In efforts to free Delek, 40,000 Tibetans, in November 2009, signed a petition asking for a re-trial. Additionally, during that same month, 70 Tibetans were arrested for their participation in a hunger strike that was conducted county seat of Lithang. The case has stirred international controversy for its procedural violations and lack of transparency.

According to the Tibetan Center for Human Rights and Democracy, Delek is in poor health with a worsening heart condition and having suffered nervous breakdowns. He carries a walking stick as a result of his feet becoming injured in prison.


Kunchok Tsephel
Kunchok Tsephel (m) is an official in a Chinese government environmental department and the founder of the first Tibetan literary website, Chodme or Butter Lamp. This website, with assistance from poet Kyabchen Dedrol, was founded in 2005 for the purpose of promoting Tibetan literature and culture in China. The Chinese government actively monitored the website since its beginnings, and on several occasions, authorities have shut down public access to the website. In March 2008, the Chinese authorities began to crackdown in the Tibet Autonomous Region following the anti-government protests in Lhasa and other areas; since the onslaught, over 40 Tibetans have been taken into custody for their works on issues contrary to the party’s position. On February 26, 2009, Chinese authorities targeted and detained Kunchok. While being held in their custody, officers searched his home and seized his computer, cell phone, and other personal belongings. For nine months, the government failed to inform Kunchok’s family about his arrest and condition. Then on November 12, 2009, his family was summoned to attend the trial at the Intermediate People’s Court of Kanlho, only hear that he had been sentenced to 15 years in prison on the charges of disclosing state secrets. Kunchok trial was conducted behind closed doors and he was denied access to a lawyer.

Many believe that published content on his website, especially information regarding the 2008 protests that occurred across the Tibetan plateau, led to his arrest and conviction.


Lobsang Tsering
Lobsang Tsering (m) is a monk from Kirti monastery in Tibet who was detained by the Chinese police in August 2012. In December, the police announced that they had accused Lobsang of inciting the self-immolation of eight Tibetans, even though five of the self-immolations never occurred. While under arrest, the Supreme Court of China, on December 5, 2012, stated that “criminals behind the scenes who plan, incite, aide, abet… and help those perpetrating self-immolations will be investigated for criminal liability in the crime of intentional murder.” On January 31, 2013, Lobsang was charged with the “intentional homicide” of eight Tibetans in Ngaba, and as a result, he was sentenced to death with a two year reprieve. Lobsang was denied the right to a fair trial, according to Xinhua, a state run news agency, acknowledged that Lobsang was not represented by a lawyer during the court proceedings. Additionally, despite a claim made by a judge who told the Global Times that: “authorities obtained sufficient evidence showing it [the alleged crimes] had been instructed by ‘forces from abroad.”

According to Xinhua, the only documented form of evidence presented by the court was two confessions made by Lobsang and his nephew, Lobsang Tsering, who was also arrested and tried under the same charges as his uncle. In their statements, they admitted to encouraging Tibetans to self-immolate under the instructions of the Dali Lama. Many question the accuracy of these confessions because Chinese authorities are known to use torture to extract information out of detainees, and it is feared this may have happened in this case.

According to Chinese government claims, he is attending school and leading a normal life somewhere in China. Chinese officials have stated that Gedhun Choekyi Nyima is a “perfectly ordinary boy” who is in “protective custody,” growing up in an “excellent state of health.” However, no outside party has been allowed to visit Nyima because state officials claim to keep his whereabouts undisclosed in order to protect him.