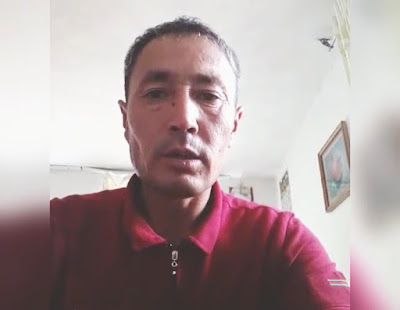 (Tacheng, Xinjiang—Aug. 14, 2018) Kazakhs are continuing to speak out as China tears apart families in its northwestern area of Xinjiang, arbitrarily imprisoning ethnic minority Muslims in its notorious “re-education camps.”

One Muslim, a Kazakh Chinese woman, said doctors have diagnosed her older brother with many diseases after placing him in one of the camps in February. These camps, where many suffer mental breakdowns because of mistreatment and torture, contain only ethnic minorities who are predominantly Muslim, and many of whom are there for actions as trivial as contacting a family member living abroad. When the brother entered custody, he only suffered diabetes, for which the camp has already hospitalized him for 20 days. After he returned to the “re-education camp,” officials told his family members that doctors also found hypertension, heart disease, and high cholesterol. The authorities said he needed shoulder surgery because the flesh had become separated from the bones. However, according to them, the shoulder problem cannot be treated until his cholesterol lowers.

As a result of his arrest, his family has faced financial difficulty.

Similarly, a citizen of Kazakhstan pled on behalf of his younger brother, who was sent to a “re-education camp” last September because he went to Kazakhstan twice. He has three teenagers and a wife, whose condition is frail and deteriorating. Since his arrest, no one has had any updates concerning him.

Because of this, the older brother turned to Kazakhstan President Nazarbayev, the Kazakhstan Ministry of Foreign Affairs, the UN Human Rights Council, and international human rights organizations, saying, “Please help us! Help free my younger brother so that he and his family can be reunited.”

In the past few years, more than 1 million ethnic minority Muslims have been detained in Xinjiang, where authorities are cracking down on innocent people, using the excuse of curbing extremism. Because of this, people who travel between the two countries have had their passports confiscated, and those who obtain Kazakh citizenship have their retirement pensions and household registrations canceled. Additionally, the passports of Kazakh Chinese students attending school in Kazakhstan are often confiscated, forcing them to drop out. Even border officials harass and insult Kazakh Chinese citizens who are attempting to obtain Kazakh citizenship.

ChinaAid exposes these abuses and calls on China to immediately and unconditionally release all wrongly held Xinjiang residents in order to uphold human rights, religious freedom, and rule of law.