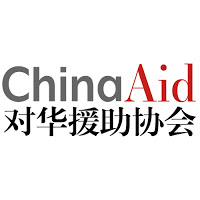 (ChinaAid, Midland, TX—January 5, 2022) Kazakhstan citizens continued their protest for three days with marches across the country.  Protestors have called for the current President of Kazakhstan, Kassym-Jomart Tokayev, to resign. Meanwhile, some citizens have chanted for Serikzhan Bilash, human rights activist, to return and lead Kazakhstan.

As protests escalate, President Kassym-Jomart Tokayev responded that he “intend[ed] to act with maximum severity regarding law-breakers.”

Associated Press reported that protestors lit the President’s house on fire. Most of the outrage immediately followed the price of gas doubling overnight, but several online videos depicted a pervasive discontent with the government as a whole. Nur Otan, translated “Light of the Fatherland,” has been the dominant political party in Kazakhstan since it separated from the Soviet Union in 1991. Citizens denounce the Nur Otan’s compliance with the Chinese Communist Party’s (CCP) genocide in Xinjiang which imprisons Uyghurs and Kazakhs.

Witness the thousands of protestors marching in Almaty, Kazakhstan in the video below:

ChinaAid sources reported that several chants in Almaty called for Serikzhan Bilash to return as the next president. Serikzhan, leader of the Kazakh human rights group Atajurt, fled legally from his homeland in November 2019, fearing CCP allies would kidnap him and his family. He currently resides in the United States.

Serikzhan continually opposed the genocide in Xinjiang and organized several marches to protest the Kazakhstan government, leading to his arrest and “terrorist” status.