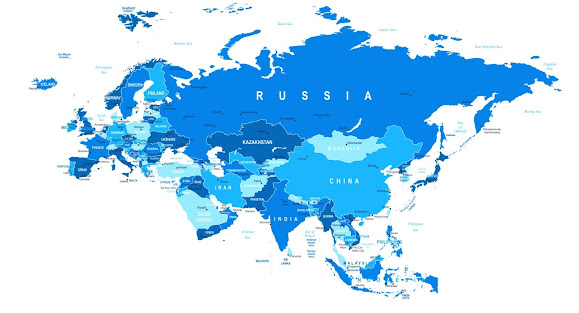 (Almaty, southeastern Kazakhstan, Almaty Province—Oct. 16, 2020) In an effort to save those still detained in the concentration camp she survived, Kundiz Tursinjan (41) shared the story of her nearly one-and-half-year nightmare with a reporter of Atajurt—a human rights organization based in Almaty:

In July 2017, three days after I returned to China from a visit to my hometown, crossing the China-Kazakhstan border, Chinese Communist Party (CCP) authorities arrested me. Following my interrogation, the head of the village police accused me of having “improper thoughts” and ordered that I receive 15-days “reeducation.”

When Police transported me to the concentration camp, they took me to a classroom where 50 other female prisoners studied. After changing clothes and putting on the camp uniform, other students even applauded to welcome me. At that time, I thought my 15-day sentence would quickly pass. Two weeks later, however, when state security officers questioned me, it shocked me to learn police had signed a document on my behalf stating that I had agreed to receive one-year “reeducation.” I never saw that document, I knew that police received a reward if they sent people to the concentration camp, and that was probably why police head forged my signature.

The concentration camp, replete with surveillance cameras, even in restrooms and shower rooms, severely violates human dignity. Prison officers have rules on everything, for instance:

The most painful regulation for those detained for a long period time and forced to be separated from their families?

Officers routinely beat prisoners when and for as long as they weep with an electric baton. After he silenced a prisoner, an officer would ask, “Why do you cry?

“You should be grateful and value the opportunity to get free education,” he would add.

Like other victims in the concentration camp, I had to learn Mandarin Chinese and CCP laws. We had to sing patriotic and revolutionary songs before each meal. Officers regularly tested us on all we learned. To pass, we had to score at least 80. Officials threatened those who failed that their detention would be extended.

For me, being naïve about Mandarin Chinese, learning this language seemed an

impossible task. We couldn’t study in this kind of situation, and it was even more impossible to concentrate when we were asked to learn more than 3,000 Chinese characters each day. Because we couldn’t survive the class, we cheated by putting answers on our fingers. This ended with officers catching and penalizing us.

As the so-called “reeducation” in the concentration camp stresses rectifying mistakes, officials forced prisoners to practice “self-reflection.” Every day, they directed us to write confessions for different thing. If the confession appeared similar to the one we had written the day before, we had to rewrite it.

In addition to writing confessions, we had to write gratitude letters to thank the country, the Party, and Xi Jinping for letting China become the world’s 2nd economy. I even had to thank the police head who fabricated charges to send me to the concentration camp.

Moreover, we had to read what we had written aloud.

Prison officials forced us to take a “flu shot.” When we became sick, they gave us sleeping pills.

According to the reporter who interviewed Kundiz, brainwashing tortures prisoners mentally, nevertheless, detention in the concentration camp also destroyed Kundiz’s physical health. A week after being detained in the camp, officials forced her to take the “flu shot.” Kundiz said, “True, I did not catch a cold or the flu in the following year, but I had recurring nosebleeds six months after the flu shot. During the worst times, two or three times a week, I often had a headache. Officers would only give me sleeping pills so that I would fall asleep.”

Like other victims, Kundiz was suspicious of the rice provided in camp meals. Typically, minorities don’t often eat rice. After eating rice so regularly in the camp, however, people often miss rice and surprisingly, may even experience stomach aches if they don’t eat rice.

Once, when Kundiz refused to eat rice, officers punished her with the “tiger stool” technique (a torture instrument similar to the cucking stool).

CCP authorities detained Kundiz in three different concentration camps. When officials eventually notified her that she was to be released after 16-months of torture. Kundiz said that the Yining county Party secretary met with her, claiming that authorities would give her 250,000 yuan ($37, 322 in US dollars) if she would never talk about things that happened in concentration camps.

Kudiz said, “I rejected the money because I long for freedom. When I returned to Kazakhstan, I wanted to let others know what happens in the concentration camps because I am not the only one who has been detained there. Many people like me have been suffering and still suffer.

“We all need money, but if I take the money, I will lose freedom.”

After being released from the concentration camp, Kundiz had to work in a glove factory. Authorities didn’t acknowledge her Kazakhstan status until this January. At that time, they allowed her to return to Kazakhstan and reunite with her family.

At the end of interview with the Atajurt reporter four months after Kundiz’s return, her daughter clung to her when her husband came to pick them up. As the family of three walked together, Kundiz must have felt peace of mind going home down the road a few hundred meters long. After obtaining her freedom and reuniting with her family, Kundiz had bravely exposed the tyranny of the CCP totalitarian authorities. Instead of taking “hush” money from the CCP, she had invested the effort to fight for and try to save those still detained in concentration camps.