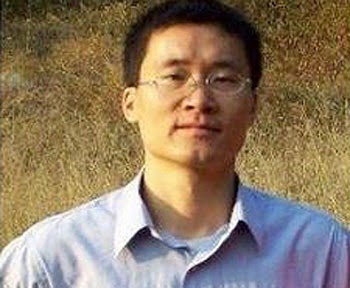 Lawyer arrested prior to 25th Tiananmen Anniversary charged with subversion

(Guangzhou, Guangdong—June 26, 2014) Tang Jingling, a pro-democracy human rights lawyer, was formally arrested on charges of subversion in late June after more than a month in detention. Tang was taken into custody from his home on May 16, 2014, for “causing a disturbance,” which typically carries a lighter jail term than subversion.

Tang, along with Yuan Xinting and Wang Qingying, who were also detained on May 16, is being held in Baiyun Detention Center in Guangzhou, where he was kicked and beaten. While police took Tang from his home, they also confiscated two computers, three cell phones and a camera. Also,Wang Qingying was beaten during his apprehension, and police threatened his family.

Liu Zhengqing, Tang’s lawyer, has been able to meet with him twice out of six attempts. During the second meeting, Tang told Liu that the main reason he was being detained was that he had campaigned for a “June 4 Mediation” prior to the 25th anniversary of the Tiananmen Square Massacre as part of the civil disobedience movement he has devoted years to promoting.

Tang promotes activities of the civil disobedience movement, which was founded in 2006, including: April 29 Lin Zhao Memorial Day, in memory of the prominent dissident executed for her criticism of Mao Zedong’s strategies during the Cultural Revolution; Citizen Heart Postcard Event, which involves mailing postcards to political prisoners; and 583 Action, which demands a minimum wage of 3,000 yuan (US $480) for individuals working eight-hour days five days a week.

Other projects coordinated by the civil disobedience movement, of which Tang is the initiator and key campaigner, include: the Abolish Household Registration Segregation movement; Universal Pension Benefits Reforms; and the promotion of the academic studies of nonviolent resistance.

The movement also promotes the End of Tyranny Countdown, which assumes that the collapse of the Chinese dictatorship will occur 10 years from a predetermined date; vaccination safety; the forced hospitalization of mental patients; the Reclaim Ballot Papers movement, which advocates for the refusal to vote in unfair elections; and the distribution of t-shirts printed with pro-democracy and freedom slogans, among numerous other movements. None of these movements are tolerated by authorities.

As a lawyer, Tang defended two people charged in the a labor unrest case in Dongguan, was a key lawyer in a case by Taishi villagers to remove village officials, took part in a lawsuit, which helped parents establish a vaccine safety mechanism, and helped investigate Li Wangyang’s death, in addition to working on numerous pro bono cases.

Tang lost his lawyer’s license in 2005 after authorities pressured his employer. Since that time, he has made a living providing legal advice and translating documents.

In February 2011, during the Jasmine Revolution, which was inspired by the Arab Spring uprisings, Tang was accused of “inciting the subversion of state power” and was kept in an extrajudicial black jail. While at the illegal detention center, Tang was threatened, terrorized and tortured, including being deprived of sleep for 10 days. During the sleep deprivation, Tang’s hands were constantly numb and his body trembled continuously. It wasn’t until the treatment began to have serious effects on his heart that officials allowed Tang to sleep a couple hours a day.

While Tang was held in the black jail, his wife, Wang Yanfang went missing. She was later put under house arrest and watched around the clock until Tang was released on Aug. 2, 2011.

The couple, who are both Christians, has faced other persecution over the past decade. Tang has been placed under house arrest, kidnapped and detained while his wife has been detained and lost her job due to official pressure.

Recently, in August 2013, the two were detained when they tried to attend a funeral service for a pastor in Guangzhou. Wang was handcuffed to a Tiger bench for making calls to a lawyer.

“He said, ‘Many of us did not accept the call we heard, which is a great loss to their own lives living in mediocrity,’” Wang said of Tang. “‘God gives meaning to life, which we need to listen and understand for entering into the land of abundant life.’”

Tang has been quoted saying his dream is to “promote civil disobedience campaigns to bring democracy and freedom to China.”

Tang was born in Jingzhou, in China’s central Hubei province, in 1971. After obtaining a degree in polymer materials engineering from Shanghai Jiaotong University in 1993, Tang worked in Shantou, Guangdong, for five years. He began practicing law in Guangzhou in 1998, led by his deep concern for social issues. Tang has participated in various social movements and petitions besides his own, such as a petition calling for an investigation into the death of college student Sun Zhigang. He was also among the first to sign Charter 08.