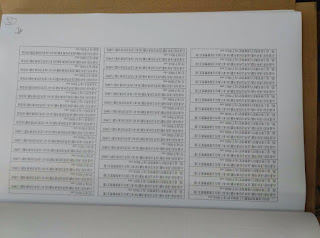 Lawyer offers to surrender to court; ‘If they are evil cult members, I also am’

(Lincang, Yunnan—Dec. 1, 2017) A lawyer defending Christians against false cult charges in China’s southwestern Yunnan province dramatically offered to surrender to police during his final statement on Wednesday out of solidarity with his client.

On Nov. 29, six unnamed Christians faced off against Chinese prosecutors, who alleged that they had participated in an “evil cult” and cited their reading of several 36 Christian materials—including the Bible, Pilgrim’s Progress by John Bunyan, John Calvin’s Institutes of the Christian Religion, and “Song of the Wanderers” by Christian apologist Feng Bingsheng—as evidence.

As Wen Yu, their defense attorney, concluded his statements, he said to the judge:

“The Bible says that good trees produce good fruit and bad trees produce bad fruit. You can know what kind of person someone is by the fruit they produce. The six defendants met to pray according to the Bible’s teachings, and they haven’t murdered, defrauded, extorted money from anyone, or restricted any believer’s freedom whatsoever. The prosecutors haven’t offered proof that they have violated any area of the Bible or the law, and they can’t find proof that mothers-in-law and daughters-in-law have been in discord or that the defendants have insulted their parents [Editor’s note: Wen is using metaphoric speech here to say that the accused Christians are upstanding people]. How can you say they are in an evil cult? Preaching Biblical eschatology is not a crime, and Pilgrim’s Progress, a work about a person traveling far from home, is not an evil cult’s book.

“My client, Zhang Hongyan, became part of the group accused of being in an evil cult because she transported some plastic cushions for a Christian gathering once, had two spiritual books in her home, and downloaded some Gospel songs. When she was imprisoned, her daughter was three years old. The child has not seen its mother in more than a year. The public prosecutors have also accused her of belonging to an evil cult and want her to receive a heavy sentence. Couldn’t they have a little bit more conscience in this?

“I also do the things the defendants have done, have books I also own, and sing songs I have also heard. If they are evil cult members, I also am. I now give myself up to the court and ask that the court please rule they are not guilty.”

Wen was not apprehended by the police at the time of his statement.

The defendants, who have not yet been named besides Zhang, fell victim to a sweeping crackdown on the “Three Grades of Servants,” a religious institution China labels as a dangerous cult. However, officials used the orders to round up members of the cult to arrest unaffiliated Christians, falsely charging many of them in one of the most high-profile cases of religious persecution the province has seen in years.

ChinaAid exposes abuses, such as those suffered by Christians in Yunnan, in order to stand in solidarity with persecuted church members and promote religious freedom, human rights, and rule of law.