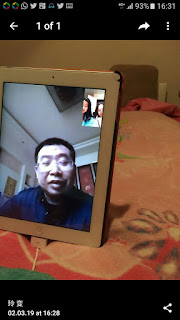 Lawyer’s wife begs China to let him come to U.S. for treatment

(Xinxiang, Henan—March 12, 2019) The wife of a prominent human rights lawyer is urging China to allow him to come to the United States for medical treatment to combat the adverse effects of torture he experienced while in prison, according to Radio Free Asia.

Jiang Tianyong, a human rights lawyer who recently finished a two-year jail term on an “inciting subversion of state power,” vanished the day of his release along with his father and sister, who had planned to meet him at the detention center. Initially, authorities told Jiang’s family of plans to take him to Jiang, where they would arrange work for him. However, Jiang pled with them to be allowed to return home, even going on a hunger strike.

A day later, the three were allowed to return to Jiang’s parents’ home, but he is still suffering from the effects of his imprisonment, where he was tortured as authorities tried to pry a confession from him.

“I asked Jiang Tianyong why he always has tears in his eyes, and he told me he didn’t know, and that perhaps it was to do with the fact that he hadn’t been allowed outside in a very long time,” Jin Bianling, Jiang’s wife, who lives in the United States, told Radio Free Asia. “He told me he couldn’t sit up straight, but could only sit sideways or lie down.”


ChinaAid exposes abuses in order to stand in solidarity with the persecuted and promote religious freedom, human rights, and rule of law. If you wish to partner with us in helping those persecuted by the Chinese government for their beliefs, please click here to make a charitable donation.