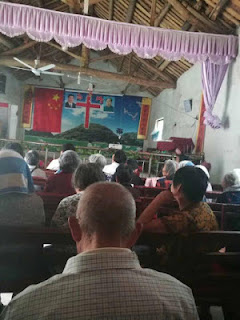 Many house churches under government crackdown

(Xuchang, Henan—Aug. 25, 2018) The crackdown on Christian house churches in mainland China is becoming more ferocious. Chinese authorities have been checking Christian church venues on a large scale and shutting many down.

The Liaoning Province government in northeastern China launched a campaign against venues for Christian gatherings; three gathering venues of Daoen Church located in Xuzhou, Jiangsu were also shut down.

On August 20, a church in Shenyang, Liaoning was visited by officials from the religious affairs bureau, public security bureau, and the Donghu Neighborhood Office with an accusation of having an “unapproved and unregistered venue.” The church and offerings were regarded as illegal and required to be closed by August 23.

A local Christian said that a few dozen people often attended the church and did not disturb the public order. He said, “We organize religious events at a non-religious place,and we have been stopped from doing it. A few days ago they dropped off the notice, shutting down our church and prohibiting us from gathering. There are just a few dozen people, and we didn’t commit any crimes. [The Chinese] Constitution grants us the right to religion.”

Three out of five branches of Dao’en Church in Xuzhou, Jiangsu have been warned. Local Christians said that police put pressure on landlords to break the lease with the church so that the church had to move.

One Christian said, “They don’t let the landlord lease their apartment to us, saying that we [have to] either stop the fellowship or join the Three-Self Churches. They said that our fellowship was illegal and Pastor Fang was not official [because he refused to register]”.

According to sources, Pastor Fang and another minister of Dao’en Church have been fined 10,000 yuan [$1,468.52 USD]. In addition, they threatened to take away their offerings.

Even further, officials from the Henan province violated the Chinese Constitution by forcing Christians to sign a letter of commitment to “Swear not to join Christianity; follow the CPC.”

An official of the Xuyi County Religious Affairs Bureau notified the Three-self Patriotic Movement Committee that “Regarding the he paperwork of a building in Mingzuling Town, it is in the process [of becoming official]. Before it is done, no Christian event should be held in the building. It is required to cooperate with the government to forbid illegal religious events. If any religious people break the rules, they will be penalized by the county level religious affairs bureau, Mingzuling Town’s People’s Government, and the public security bureau.”

ChinaAid exposes abuses, such as those suffered by house church members across China, in order to stand in solidarity with persecuted Christians and promote religious freedom, human rights, and rule of law.