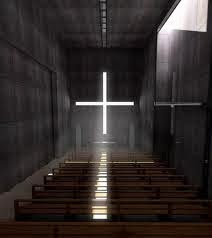 (Wenzhou, Zhejiang—May 15, 2014) Two more churches were demolished in China’s coastal Zhejiang province last week in a continuation of the province’s campaign to demolish “illegal structures,” and persecution has spread to the web.

Less than two weeks after Sanjiang Church, a large Protestant church, was demolished in Yongjia County, Wenzhou, and less than one week after numerous other demolitions in Zhejiang, authorities tore down Shangwan Church and Hebin Church in Longwan District, Wenzhou (see https://chinaaid.org/2014/04/zhejiang-christians-fear-sanjiang.html and https://chinaaid.org/2014/05/more-zhejiang-churches-report-threats.html).

On May 8, authorities arrived at Hebin Church and claimed the church building was an “illegal structure.” Believers said that construction workers completely razed and cleared the site in just two hours. Then, Shangwan Church, which was built in 1868, was demolished on May 9 in drizzling rain.

“[The believers] sent me photos,” Zhang Mingxuan, president of the Chinese House Church Alliance, said. “Two churches have been demolished. I’ve seen the photos… The churches there have a history of more than 100 years, and were built when missionaries were there. I estimate that more churches will be demolished.”

Longwan believers also predict that more churches will be demolished. “Every church is investigated to see whether it has violated the regulations or whether it has all the legal paperwork,” a citizen said. “According to worshippers from house churches, there are many such investigations. Here in our district, [in the past], a church was demolished because of a road expansion. After the demolition, the church built a building at a new location.

“Now, it was order to be demolished [again], and the government won’t let us have the paperwork to rebuild it. Without their authorization, how can we get the paperwork done? We are law-abiding citizens, but they’ve made it hard for us to abide by the law.”

Local Christians told China Aid that the history of Christianity in Longwan District can be traced back to July 1867, when Josiah Alexander Jackson, an American missionary, came to preach the Gospel in Wenzhou. Believers said the next year, Jackson established a church, which lead to Wenzhou becoming one of the most concentrated areas of Christians in China, thus the moniker, “Jerusalem of China.”

Meanwhile, the government’s crackdown on Christianity has reached a digital platform. Taobao.com, a Chinese site similar to eBay and Amazon, was ordered to remove all religious books from the site.

“Taobao.com’s service of purchasing Christian books from overseas has been forced to stop,” one Christian said. “Many of Taobao’s stores, [run by individuals or small businesses], have received notices to delete the pictures [of the books].”

The person also told China Aid that Amity Foundation, the largest printer of Bibles in China, was forced to stop printing last month. Rumors, supposedly based on information from within Amity Foundation, saying that printing may resume in June, have begun circulating.

The ban not only affects those seeking Christian reading material, but also those who earn part of their income obtaining and selling the books. “A brother in Suzhou, [Jiangsu] told me that he was also engaged in running a Christian bookstore on Taobao.com,” another believer said. “They asked him to take down the books. He said he can no longer sell the books he bought from overseas, and Taobao.com has deleted the pictures of his books.”