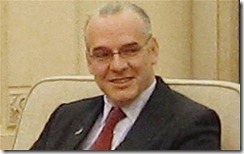 Bo Xilai’s five-year reign over Chongqing, the world’s largest city, saw a string of officials in his administration commit suicide, the jailing or silencing of scores of his opponents, and a near bankruptcy of the city’s finances, a Daily Telegraph investigation has learned.

The 62-year-old Mr Bo, the scion of one of China’s most powerful political families, always cultivated an image as a man of the people. 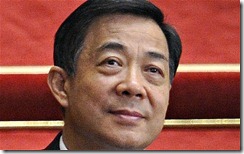 But in the wake of the alleged murder of Neil Heywood, a British businessman, and the purge of Mr Bo’s from China’s top leadership, unsettling details have begun to emerge about his rule in Chongqing.

Xie Dajun, a midlevel official in the city’s science and technology department, was the first to commit suicide, in September 2009.

After a quiet dinner with his friends, he drove to one of the colossal bridges over the Yangtze river, carefully parked his car – turning on his safety lights to alert other motorists to the hazard – and threw himself into the muddy waters below.

His friends said Mr Xie had been driven to desperation by Mr Bo’s “Red Songs” campaign, when residents in Chongqing were ordered to sing songs from China’s revolutionary days.

Mr Xie, who did not agree with the campaign, was put under intense pressure to improve the turnout among his colleagues. “When he was put in charge of making his colleagues sing red songs, it stirred some very strong emotions. He had no way of expressing the conflict inside him,” said one friend.

“This conflict between his official duties and his personal values drove him to a breakdown”.

The following year, He Jianmin, the deputy dean of Chongqing’s Science and Technology university, killed himself. In March, Shui Zhengkuan, one of the city’s most senior retired officials, also committed suicide, a case so sensitive it has been covered up by the authorities.

“Depression, burn out and suicides have all risen among officials,” said one psychologist in the city, who asked not to be named. “Officials now make up the largest share of patients in counselling in the city,” he added.

When he arrived in Chongqing in 2007, Mr Bo was determined to use the city as a platform to spring ever higher through the ranks of China’s leaders.

Many of his campaigns won wide support, especially among the city’s poor. Mr Bo spent billions of pounds on low income housing, a major triumph, and was successful in tackling corruption. “If you ask anyone in this city, they will say they support Bo Xilai,” said one taxi driver, even after Mr Bo’s removal from power.

In one district, Chaotianmen, there was even a short-lived protest in support of Mr Bo after he was purged. “Ordinary people all liked Bo because they only look at the surface of things. If they are singing Red songs, they are not working. Or they get clothes for singing. And bags of rice at holidays,” said one businessman, who asked not to be named.

But among the city’s professionals, officials, lawyers and intellectuals, Mr Bo was seen as an opportunist, a propagandist, and a ruthless persecutor of his opponents. “Before, I used to be a columnist,” said one academic. “But after I saw what he did to other columnists, I stopped writing. It was pure red terror.”

While much of the criticism of Mr Bo could equally be aimed at other Chinese leaders, none of whom shows any fondness for dissent, Mr Bo’s privileged background within the party gave him the arrogance to go to extremes, perhaps naively believing he was untouchable.

Government officials were exhausted by two campaigns in particular. The Black and White campaign stated that they must be available to work all night, as well as all day, while the Five Plus Two campaign put them on duty over the weekend as well as through the week.

Anyone who challenged Mr Bo, said one former official, was “instantly criticised”. He added: “It was a feudal system. Mr Bo used the politics of the Cultural Revolution, of power and fear, to rule”. His iron-fisted police chief, Wang Lijun, was deeply unpopular within the police force, allegedly displaying extreme brutality, a taste for lavish spending and a lightning quick temper.

During his anti-mafia crackdown, known in Chinese as Da Hei, or Smash the Black, Mr Bo arrested not only the city’s godfathers, but also businessmen and political rivals, confiscating their assets. He even imprisoned a defence lawyer who stood in his way.
But in attempting to dismantle the city’s networks of power, he stepped on the toes of He Guoqiang, an even more powerful leader who had strong connections in Chongqing. Mr He, in turn, has now put Mr Bo under investigation.

Nor were Mr Bo’s allies safe from his criticism. In 2010, at a meeting of writers from across China, Mr Bo publicly humiliated Chongqing’s mayor, Huang Qifan, in front of hundreds of people.

“Huang Qifan, the mayor of Chongqing, stood up and gave a speech in which he talked about how much he enjoyed literature and always followed the work of his favourite writers,” remembered a man who gave his name as Mr Tang, a literature professor at Chongqing Normal university who witnessed the event.

“Bo Xilai interrupted him halfway through. His face was angry and he said to Huang: ‘Just do your economic work! You can read books when you retire!'” Mr Bo then ordered the city’s writers to come up with 100 stories glorifying the city’s red campaign, 1,000 poems and three “world-class” novels, according to one of the writers. The penalty for failure was the dismissal of the association’s leaders.

Mr Tang said there was no way to respond to Mr Bo, or communicate what was going on to the outside world. He said whenever he posted an opinion piece on the internet, it was criticised by a wave of loyal government stooges.

“All of us intellectuals felt very low. We felt we could not talk. We felt drowned in this Red sea.” At his university, an annual singing contest was turned into a Red Songs competition. “All I could do was not to participate,” he said.

Another academic noted that Chongqing was nicknamed the foggy city not just because of its weather, but because “from the outside, no one can see what is going on”.

“Chongqing is now like Greece,” said one commentator. “It will be difficult for the next set of leaders. They cannot abandon his populist projects, but they cannot afford them either”. Chongqing enjoyed rapid economic growth under Mr Bo, but economists noted that he ran heavy budget deficits in every year.

“There has been a lot of borrowing,” said the former head of a private business association. “This debt has to be repaid, and lots of officials were not getting their salaries on time, getting an IOU instead. Eventually the economy was going to break.”

However, even Mr Bo’s critics concede that his purge has shown the dark side of the Chinese political system. “Mr Bo is being dealt with the same way he dealt with others. Whatever your political leanings, you can see that this case against him is suspicious, the kind of purge that reminds everyone of what happened during the Cultural Revolution.”