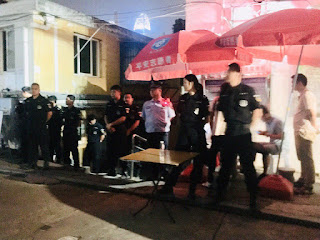 (Xiamen, Fujian—June 7, 2019) A local ethnic and religious affairs bureau issued administrative penalty and banning notices to a church to a church in China’s Xiamen, Fujian province. Earlier that day, the church stood before a court at an appeal hearing for a previous ban notice.

At the hearing, which began at 10 a.m. on May 31, the attorney representing the church in question, Xunsiding Church, told the court that the government of Xiamen’s Siming District had violated laws in their treatment of the church. The actions he described included presenting an investigator of the case as a witness, using investigators external to the Siming District Ethnic and Religious Affairs Bureau to request that some evidence concerning the case be disregarded on the bureau’s behalf, and illegally establishing guard houses at the entrance to an apartment complex where the church meets to prevent people from entering the Christian’s homes.

The same day, the Siming District Ethnic and Religious Affairs Bureau issued the banning and administrative penalty notice at 7 p.m. In addition, they ordered the guard houses to increase their oversight, not allowing the youth group scheduled that evening to meet and forcing the attendees to record their names.

These actions come after authorities harassed the church last month, banning it, handing it another administrative penalty notice, and stopping the church members from holding a service. The church’s pastor, Yang Xibo, stated that the church was resolved not to give in to authoritarian pressure and rather use legal procedures to stand up for their rights.