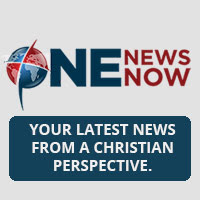 
■ The government’s continued crackdown on Christianity in China is now forcing seminary students to deny God and put the Communist Party first by living under “absolute obedience” to the state.

Evidence of the state-run church being controlled by the government has been witnessed through a video mentioned by a Christian persecution watchdog organization, which tells of students being recorded while singing the Chinese anthem at Zhejiang Theological Seminary’s graduation ceremony.

“It is obvious the seminary has degenerated into absolute obedience to the Communist Party’s so-called Christian pastors’ education base, becoming a Communist Party school dressed in the cloak of Christianity,”China Aid Correspondent Guo Baosheng reported, according to The Christian Post.

Baosheng contends that the communist government has infiltrated and taken over the so-called Christian Church in China.

“In this way, they submit to Caesar and [operate] contrary to God,” he argued. “They distort the true way [to God], and [these actions] will certainly accelerate the demise of the Three-Self Church and its seminary.”

The state-run church is said to be nothing more than an instrument used by the government to make Christians submit their full-fledged allegiance to the Communist Party and its agenda.

“The seminary’s president, Pastor Pan Xingwang, reportedly supports the ongoing cross demolition campaign, which has also led to hundreds of Christians arrested and sent to prison for speaking out and protesting against the government’s actions,” The Christian Post’s Stoyam Zaimov explained. “Pan has urged Christians not to oppose the government’s will.”

Xingwang’s plea for seminary students to not resist the dictates of the communist government — urging others to follow it first and foremost — is reportedly seen in his following address that was given at this year’s opening ceremony for the spring semester:

In order to curb the spread of Christianity throughout China, China Aid reports that the Communist party has removed the rooftop crosses from thousands of churches in a number of provinces, giving the excuse that the Christian symbols mounted atop the worship centers were violating building codes.

In another form of Christian persecution suffered at the hands of the Chinese government, students attending a house church in China’s central Guizhou province were reported by China Aid to have been threatened that they would not be permitted to attend college if they continued to worship at the church. As an extra effort to diminish the church’s size and influence so that more Christians would be forced to only attend the state-run church, members of the house church were ordered to sign documents promising that they will not bring minors to their church.

“This notice was sent to all of the schools in Huaqiu,” explained Mou, who is the leader of Huaqiu Church, China Aid reported. “They (public security) intend to cleanse us and ask us to join the Three-Self Church.”

Despite the wide-scale crackdowns, China, which currently boasts the world’s largest population with more than 1.3 billion people, is projected by a missions group to also contain the greatest number of Christians on the planet by the year 2030.

“We are overjoyed with what the Lord has already done in China, but that doesn’t mean the task is finished.”” OMF International Vice President for Mobilization Rodney Pennington expressed, according to The Christian Post. “[By 2030], China will almost certainly have the most evangelical Christians, and that will greatly shape the global evangelical Church in the coming years.”

The missions leader stressed that in order for the Church to continue growing in the communist nation, international efforts to minister to the Chinese must increase.

“[T]here are still many needs in China, especially in areas like discipleship, cross-cultural outreach and ministering to children and youth,” Pennington insisted. “While 200 million Chinese believers by the year 2030 may seem ambitious, it certainly gives us a strong goal to pray toward.”