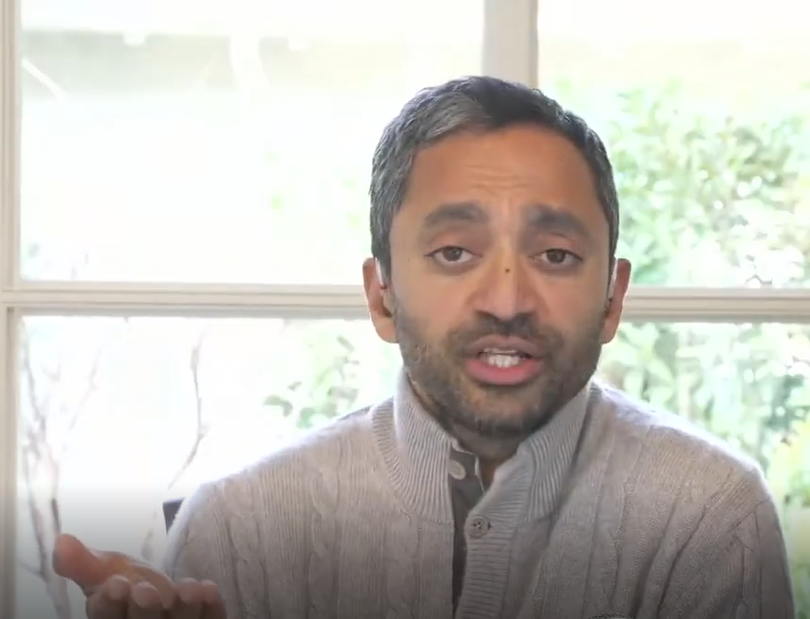 “Let’s be honest, nobody cares what’s happening to the
Uyghurs,” said Chamath Palihapitiya, a minority owner of the Golden State
Warriors. “Of all the things that I care about, yes, it is below my line.”

Social media caught ablaze Monday as Chamath’s
comments about the Uyghur crisis surfaced from a clip of the All-In
Podcast. Many were shocked by his blatant apathy for the gross human rights
violations in Xinjiang, while others defended him, citing the context of the
podcast. After all, Chamath is the CEO of Social Capital, an
organization whose mission is
to “advance humanity by solving the world’s hardest problems.” It’s not that he
doesn’t care about the Uyghurs— he just thinks the United States should handle
its own issues first.

However, the context does nothing but expose Chamath’s
stagnant whataboutism. Watch the entire podcast here.

The pillar of his argument is as laughable as it is
blood-boiling:

“I don’t think I have the moral absolutism to judge
China, and I would say that when NATO is silent, the United Nations is silent,
all of western Europe is silent, and America is effectively silent, that this
issue may be small data points being extrapolated in a way to create a
narrative that [may] not be true. And if it is true… there is a responsibility
for those body politics to [do] something because that is the early warning signal
that the rest of world uses to say ‘hold on, let me reprioritize my list of
things.’”

Chamath claims that because he is not an absolute
moral authority, he cannot judge China’s actions. Admittedly, he is right; no
one with an ounce of moral fiber could have knowledge of the Uyghur genocide
without caring. Who does Chamath then entrust with this absolutism?

Kazakhstan and China, both of which utilize mass
surveillance for mass incarceration and have little to no free speech, occupy
seats on the United Nations Human Rights Council. The Chinese Communist Party
weighs in on human rights issues, despite President Xi disregarding the
concept as a “Western” ideology. The United Nations, a supposed “early warning
signal,” cannot enforce its own Paris Climate Accords, constantly receiving
criticism from Swedish teenager Greta Thunberg.

Chamath’s reasoning disqualifies every institution and
government to call out China on its atrocious human rights track record.

Who, with their spotless track record, liberated the
prisoners of Auschwitz in 1945? It was the same regime that would eventually
kill an estimated 20 million people: Stalin’s Soviet Russia. The Allies would
go on to hold Nazi Germany accountable for its war crimes, charging them with
crimes against humanity. Imagine how absurd it would be if the United States
suddenly backed out of the Nuremberg Trials because of its state of civil
rights at the time. According to Chamath, the US should have cleaned up its own
house before taking any conclusive action.

There is no doubt that the United States still works
to practice the principles on which it was founded, but it is somehow
impossible for the billionaire’s simultaneous support of both domestic and
global progress. He’s more concerned with the thought of virtue signaling
another nation, and any effort to expose this inhumanity is merely an effort to
concoct an anti-China narrative.

Tell that to Xinjiang survivor Gulzira Auelhan, rescued through ChinaAid. She
suffered at four different camps just over a year, bound in shackles for six
months. Tell the families of the victims they are “small data points.”

Each action the world takes, whether it’s the Uyghur
Forced Labor Prevention Act or the Uyghur Tribunal, is a step towards justice.
We have not yet solved the problem, but we move a little closer each day.

We act to help the oppressed not because we are perfect
already. Instead of denying and looking for excuses for inaction and silence in
the face of evil, we have both a moral imperative and historical experience to
tackle this global menace of genocide while holding ourselves accountable for
the better.