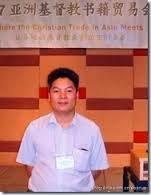 According to Chinese law, a second-instance trial is the final opportunity for a verdict to be overturned. However, according to china.org, should the lawyers prove that there was an error in the application of the law in regards to the case or convince a high-level judicial official to re-examine the case, there will be a final chance for a change in verdict.

The case began in March 2012 when government employees from seven different government agencies seized Christian books and business equipment from the bookstore. In June 2012, authorities returned and seized the bookstore’s permit and all the Bibles in stock.

Li Wenxi, a bookstore employee,and Ren Lacheng, a founder of the bookstore, were taken into custody in late 2012 when they attempted to reclaim the seized items, per official instruction.

In August, news broke that books seized in the Enyu (which means Grace Rain in English) Bookstore raid, identified by the bookstore’s signet printed in the book’s covers, had been found for sale in a market in Taiyuan (https://chinaaid.org/2013/08/critical-evidence-in-pending-enyu.html). Lawyer Xia Jun, representing Ren, submitted an administrative lawsuit at the Taiyuan Court regarding the sale of evidence by Taiyuan police for a case still in trial (https://chinaaid.org/2013/09/lawyer-sues-court-over-illegally-sold.html).

Xia was hopeful that the loss of evidence would cause the sentences to be repealed in a second instance trial.

ChinaAid considers Judge Zhang Shunjun, who presided over the appeal hearing, to have joined the ranks of his wrongdoing colleague, Meng. We strongly denounce the persecution of Ren and Li by the Taiyuan Public Security Bureau, the Procuratorate and the Taiyuan Intermediate People’s Court. The verdicts in the Enyu Bookstore case are a violation of the law. We ask the religious community to continue to pray for these two incarcerated believers.