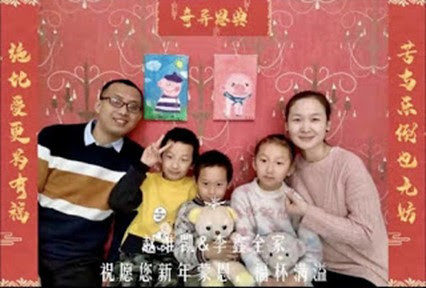 (Taiyuan, Shanxi Province—July 09, 2021) At 8 am on July 7, police again summoned Zhao Weikai, a 35-year-old Christian from Taiyuan Xuncheng Reformed Church. Later, although Brother Zhao’s family had not received a formal detention notice, they heard that Chinese Communist Party (CCP) officials had criminally detained him with the charge of “illegal holding of materials promoting terrorism and extremism.”

To protect their three children from being brainwashed, and receiving an atheistic education, Brother Zhao and his wife Li Xin homeschool them. Consequently, several times in the past, officials from the Religious Affairs Bureau, Education Commission and National Security Agency “invited” Brother Zhao to “talk” with them. Authorities threatened to arrest Brother Zhao and Sister Li, trying to force them to send their children to public school. Brother Zhao refused to compromise his belief, however, and continued to provide Christian education for his children in his home.

After police officers raided Brother Zhao’s home, they also transported k his wife to their station. Later that evening, officials released her, and she arrived back home at approximately 7 pm. Police ordered Brother Zhao, however, to serve a 15-day administrative detention penalty. 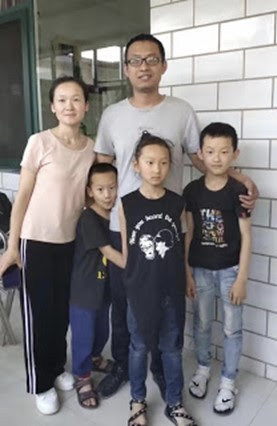 Brother Zhao with his family after his release from the detention center.
(Photo: ChinaAid resource)

On May 20, when Minister An, Brother Zhao’s family, and his lawyer traveled to Lishi Detention Denter. There, officials denied their request to visit Brother Zhao. After a series of complaints, authorities responded with the “excuse” that as “‘the case involves classified information’ or ‘the case involves national security concerns.’ Thus, the request is denied.” 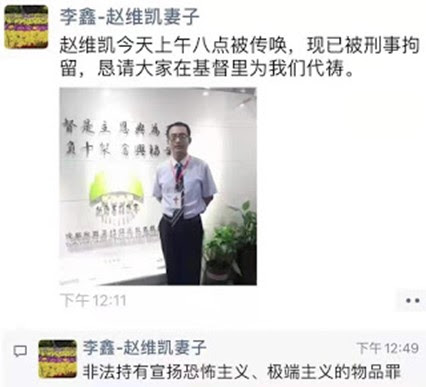 They arrested Brother Zhao without an arrest warrant, and searched his home without a search warrant. They summoned and detained him using the excuse of home schooling his children but they interrogated him about our church, completely irrelevant to the case. Until now, his family has not received any document, not even a list of items they impounded nor a detention notice. Everything remains a secret, a public secret. CCP authorities persecute God’s church.

Authorities persecute Christians—a public secret. The fact that a small group of people’s crimes have become most people’s secret, pushes China to a chasm.

~ Yubing, ChinaAid’s Special Correspondent
###
For nothing is secret
that will not be revealed,
nor anything hidden
that will not be known
and come to light.
~ Luke 8:17 (NKJV)
China Aid exposes abuses in order to stand in solidarity with the persecuted and promote religious freedom, human rights, and rule of law. If you wish to partner with us in helping those persecuted by the Chinese government, please click the button below to make a charitable donation.