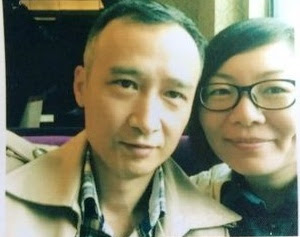 Police show up at woman’s door

(Changsha, Hunan—March 26, 2020) Shi Minglei, wife of jailed NGO worker Cheng Yuan, had been an outspoken advocate for her husband’s innocence. Then, the police showed up at her door.

“[The police officer] came to find me,” she said, “talking about what I posted on the internet. He wanted me to pay attention to my posts. Then, I also made it clear that if he came to me, I would refuse to him. He said, ‘It’s not about whether you want to see me. I need to see you anyway. You are in my jurisdiction.’ I said that even if I am in his jurisdiction and he is looking for me, I still have no obligation to see him. Now, I refuse to see him unless he obtains a summons.”

In 2019, Cheng was placed behind bars along with two other members of Changsha Funeng, an NGO. He was charged with inciting subversion of state power for the advocacy he did with the organization. Beginning in August, the Shenzhen police also took surveillance measures against Shi.

In addition, authorities confiscated her cell phone, computer, etc. Her bank account was also frozen until mid-January this year when the officials returned her personal effects.

Dissatisfied with the way authorities treated her, she filed a complaint against them on Aug. 5.

Last week, Cheng dismissed his legal representation, which the family suspects he was under pressure to do. The local justice bureau appointed attorneys with allegiance to the state to represent him instead, but the family refused their services and issued a statement in protest.