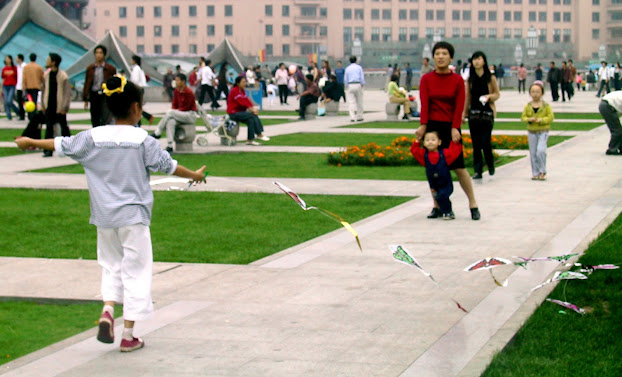 Pretiral meeting for Chang Weiping held in a detention center for one week; lawyer asked to sign nondisclosure agreement

The defense lawyer made three demands to the judiciary. First, both the lawyer and Chang Weiping challenged the jurisdiction of the trial court in this case. Second, they raised the exclusion of illegal “evidence” obtained by the prosecution in the form of torture.  Chang Weiping also recounted the circumstances in which police officers tortured him to extract a confession at the “Bao Ti Hotel.” Finally,  members of the trial for Chang’s case may need to withdraw due to their “special relationship” with the defendant, although the list of the panel of judges has not been announced publicly.

“Chang Weiping is very brave and is still trying his best to resist,” his lawyer said.

“Typically, the pretrial meeting is half a day, at most one day,” Dr. Chen Zijuan, the wife of lawyer Chang Weiping, said. “I have never heard of it being held for such a long time. One possibility after thinking about it is that the task force is prepared for this pretrial meeting to be a drill and to use it as an exercise to understand the defense lawyers and Chang Weiping’s defense perspectives or opinions on their so-called evidence? So as to avoid an uncontrollable situation during the court session? To embarrass the leaders watching it?” .

Chen Zijuan continued: “When Baoji Public Security came to my unit to threaten me, they said that Chang Weiping was an ideological prisoner, accepted Western liberal and democratic ideas, and went abroad to contact foreign forces, etc. According to their consistent way of thinking, a prior rehearsal was necessary for them.”

Chen Zijuan publicly proclaimed to the Shaanxi Public Procuratorate’s Chang Weiping Task Force, “in handling Chang Weiping’s case, he is suspected of committing a crime. All questions raised by Chang Weiping and his defense lawyer must be answered in writing, and evidence obtained by torture must be excluded in accordance with the law.”

Chang Weiping, a human rights lawyer in Shaanxi, was arrested on December 26, 2019, for attending a party at a rented villa called “Xiamen NICE Villa Home Party” in Xiamen, Fujian province.. That gathering included about 20 lawyers and activists, who ordered takeout, sang karaoke, and discussed the way out for the human rights movement in China. Because the topic of discussion revolved around human rights issues, the individuals in attendance were arrested. In the following year, nearly 20 human rights lawyers and activists were silenced, harassed, summoned, detained, and even arrested.

In January 2020, lawyer Chang Weiping was placed under residential surveillance at a designated location by Shaanxi Province’s Baoji City Public Security Bureau for 12 days, during which he was severely tortured. On October 22, 2020, he was once again placed under residential surveillance at a designated location on suspicion of inciting subversion of state power; and on April 7, 2021, he was arrested on suspicion of subversion of state power. During a meeting with a lawyer, it was revealed that he was severely tortured during his detention. The case was postponed several times, and on April 2, 2022, his case was brought to Baoji Intermediate Court.

Chinese human rights lawyers are a high-risk group when it comes to unemployment. They are often detained by the authorities, have their licenses suspended, and some are even forcibly disappeared. Authorities often first arrest the targeted individual, detain them in secret for half a year, and obtain the “evidence” needed by the regime to convict them through brutal torture. However, the individual is transferred to a detention center and detained for several years before formal charges and trials are brought. The length of sentences is close to the number of days they have accumulated in custody. The punishment for all this is simply out of consideration for political factors and not according to the rule of law, and weakened or strengthened with the will of the leader.

Lawyer Chang Weiping’s wife, Chen Zijuan, described the situation of Chinese human rights lawyers as “A grain of sand in this generation, it is a mountain if it fell on an individual’s head.”