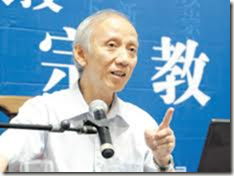 Another Appeal to Chairman Hu, Chairman Wu, Premier Wen and the Standing Committee of the Political Bureau of the Chinese Communist Party Central Committee About the Beijing Shouwang Church Case
Translated by China Aid Association
Dear Chairman Hu [Jintao], Chairman Wu [Bangguo], Prime Minister Wen [Jiabao] and the Politburo Standing Committee of the Chinese Communist Party Central Committee,
On April 9, 2011, I sent you an appeal in my capacity as a scholar of religious affairs and as an ordinary citizen because on the following day Beijing Shouwang Church, which had been under persecution, was planning to hold an outdoor worship service. The personal rights and property rights of the members of this church had also been violated, and I expressed the hope that you would stop the persecution, reduce the clashes (and I also made two suggestions with regard to thoroughly resolving the current problems with Protestantism and Catholicism).
Since that day, the more than 10 pastors, elders and “Governing Committee” members of this church have been under forced “co-management” by the police and grassroots government and have not been allowed to leave their homes. Each of their homes has been guarded by several people, who are on duty day and night. Their family life and professional lives have been seriously harmed. These ten-plus people, good-hearted citizens who have committed no crime, have been deprived of their personal freedoms for more than three months even though there has been no trial and no conviction of any crime. And this continues today!

Not only that, in the past three-plus months, whenever any of the ordinary members of this church have gone to attend the Sunday “outdoor worship services,” they have all been picked up by the police and detained for as little as a few hours to as many as dozens of hours. The largest number of detainees in one day was close to 200. Some believers have been restricted to their homes and not allowed to go out from Friday to Sunday, some believers have been forcibly returned to their hometowns. Some believers, because their landlords came under pressure, had their leases abrogated, their reputation insulted, their property trashed, and when they moved to a different location, found it hard to escape a recurrence of the same situation…. In short, many believers have in actual fact been deprived of their religious rights, personal rights and housing rights.
All of this has been due to the simple fact that this church insists on holding on to its religious beliefs and wants to worship out in the open. And the reason for worshiping outdoors is due to the simple fact that the landlords of the places it rented came under pressure and broke the lease, forcing them to move out. With no way to rent a place, the church purchased property, but the seller also came under pressure and broke the contract. A year-and-a-half after being paid, he still hasn’t turned over ownership of the property. Which is to say, buying property was not an option either! As anyone can see, their move to outdoor worship was entirely due to persecution and because they had no other choice! In November 2009, when they worshiped outdoors in the midst of a great snowstorm, it was because of the same situation. Actually, in all of this, the property rights of the other parties were also violated.
In light of the fact that this case involves many incidences of violations of personal rights, property rights, housing rights and religious rights, and since there appears to be not even a glimmer of hope that these will cease, I, as an ordinary citizen with no other channels to go through, make another appeal to you, as the leaders who hold the greatest powers, to order an end to this deprivation of people’s freedom and to protect human rights, to order that this lawful transaction be completed and to protect property rights.
Also in light of the multitude of cases like the demolition of homes everywhere to the
Shaoyang government baby trafficking case, we can see serious abuse of the powers of administrative and judicial departments due to a lack of restrictions. I solemnly appeal to you to consider the root of the problem and to establish administrative courts at all levels throughout the country to regulate the use of power by various levels of government and law enforcement agencies.
The significance of this [Shouwang] case goes far beyond just one church; it involves the entire enterprise of China’s progress in protecting human rights and property rights. Only by establishing institutions and procedures that citizens can use effectively – institutions and procedures that will investigate the illegal acts of governments at various levels – can the abuse of governmental power (and not just personal corruption), which is disastrous for the country and calamitous for the people, be successfully stopped.
With regards,
Professor He Guanghu
People’s University
July 15, 2011